PRACHUAP KHIRI KHAN – Hundreds of residents, shop owners, officials and tourists joined together to clean up the debris left behind at flood-hit Ban Krut community in Bang Saphan district.

They got some unexpected help from Phanom “Tony Jaa" Yeerum, star of Thai and Hollywood action movies.

Jaa said he was promoting a movie in another country during the flooding in Bang Saphan district. He was shocked to learn that Ban Krut beach, his favourite holiday place, had suffered severely from the floods.

“I like to holiday at Ban Krut beach because of its beautiful natural setting and tranquility. Whenever I go to make a movie in another country I encourage the team, particularly those from Hollywood, to shoot a film at Ban Krut beach community in Bang Saphan district. I want the community to attract worldwide attention,’' the actor said.

He joined in collecting garbage along about 5 kilometres of the beach, left there by the draining floodwater.

The aim is to restore the marine ecology of Ban Krut beach and repair the damaged landscape of the coastal community. Many houses, resorts, restaurants and roads were also damaged and left in a mess. 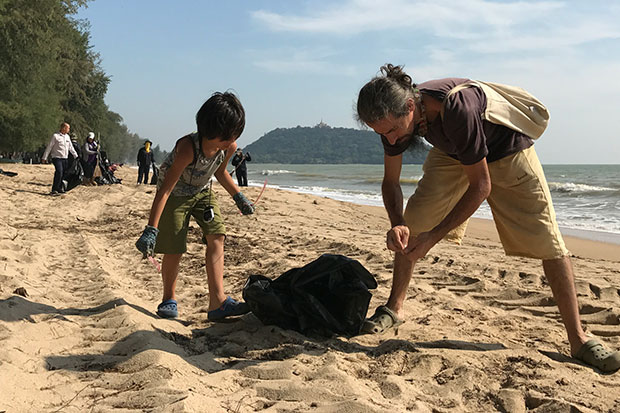 This foreign tourist and boy were among over 500 people taking part in cleaning up the debris left behind at Ban Krut community in Bang Saphan district, Prachuap Khiri Khan, on Wednesday. 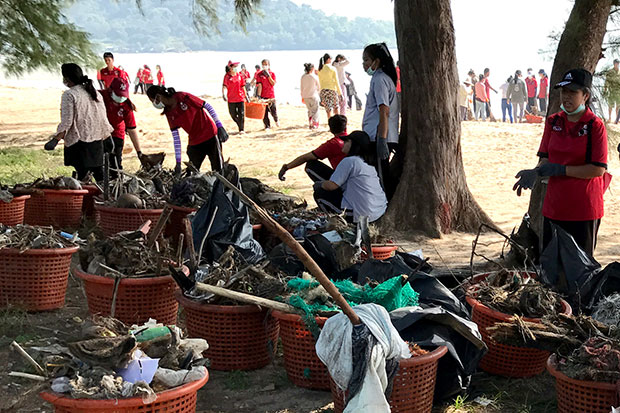