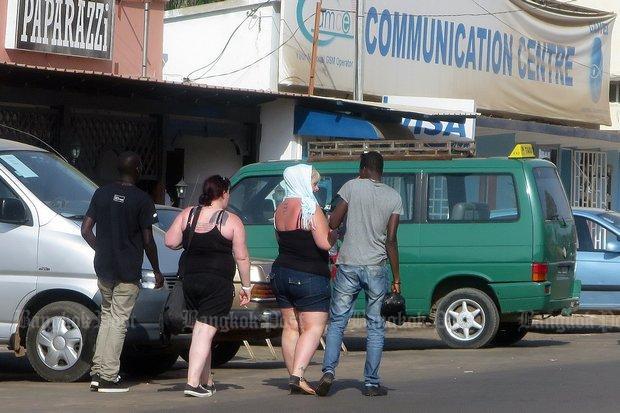 Thailand has to change its image as a sex tourism destination, Prime Minister Prayut Chan-o-cha said on Tuesday.

The Ministry of Foreign Affairs has also expressed dissatisfaction after a Gambian minister's remark about the country's sex trade.

"We have to accept that some people make a living from this kind of occupation. We have to help solve the problems both in the careers and incomes of these people. More importantly, we have to look into whether these people are happy to change their occupation or not," the prime minister said.

He added that some people decide to work in the sex business as they follow the fashion of buying luxury goods.

"When anyone says something bad about us, we have to comply and use the laws [to solve the problems]. Everything must improve. We have to help make Pattaya and other tourism areas quality attractions, free of this [sex tourism]," Gen Prayut said.

On Saturday, Gambian minister Hamat Bah told state media that Western tourists planning to travel to Gambia in search of sex should stay away from his country, according to eTurboNews, a global travel industry online news outlet.

Foreign Affairs Minister Don Pramudwinai said he did not believe the Gambian minister's remark would be taken seriously by the international community.

The ministry told the media it had told the Royal Thai Embassy in Dakar, Senegal, which also oversees Gambia, to issue a letter expressing dissatisfaction with the Gambian minister's remark, saying it could hurt Thailand's image and Thai tourism. What he said was "not in line with the facts."

Thailand has plenty of developed tourism venues and activities, the ministry insisted.

While a similar letter would also be sent to the Gambian ambassador based in Kuala Lumpur, the Gambian Honorary Consul-General in Bangkok was summoned to the Ministry of Foreign Affairs for a meeting on Tuesday where he said Gambians living in Thailand were also unhappy with what their minister had said.

Minister of Tourism and Sports Weerasak Kowsurat said the ministry will continue to work on promoting the country as a preferred destination for international visitors as well as improving tourism products and services and ensuring that secondary provinces become new destinations for visitors from around the world.

Earlier, UK Secretary of State for Foreign and Commonwealth Affairs Boris Johnson, who met with Gen Prayut at Government House on Feb 12, at a speech in London a few days later said: "I have just discovered we have more than a million people who go to Thailand every year, where our superb consular services deal with some of the things that they get up to there."

British media implied Mr Johnson was joking about sex tourism in Thailand. The UK embassy in Bangkok later denied this was the implication.

Meanwhile, a group of Russians was arrested on Monday for organising sexual technique training courses in Pattaya.

Click "play" to listen to PM calls for end to 'sex tourism image' and "Download" to keep this file for educational purpose.

dissatisfaction : a feeling that you are not pleased and satisfied - ความไม่พอใจ, ความขุ่นเคือง

imply : to suggest that you think something without saying it directly - บอกเป็นนัย, แสดงนัย

in line with : similar to or corresponding with another thing - สอดคล้องกับ

make a living : to earn the money needed to pay for food, a place to live, clothing, etc - ดำรงชีวิต, ครองชีพ

outlet (noun): a business broadcasting the content of a particular producer - ช่อง

oversee (verb): (past form: oversaw) to watch or organise a job or an activity to make certain that it is being done correctly - คุมงาน,ควบคุม

summon : to officially order someone to come to a place - เรียกตัว