Floodwaters inside Tham Luang cave are blocking attempts to reach the teen footballers and their coach. They went inside the cave in Mae Sai district, Chiang Rai, on Saturday afternoon and have not returned. 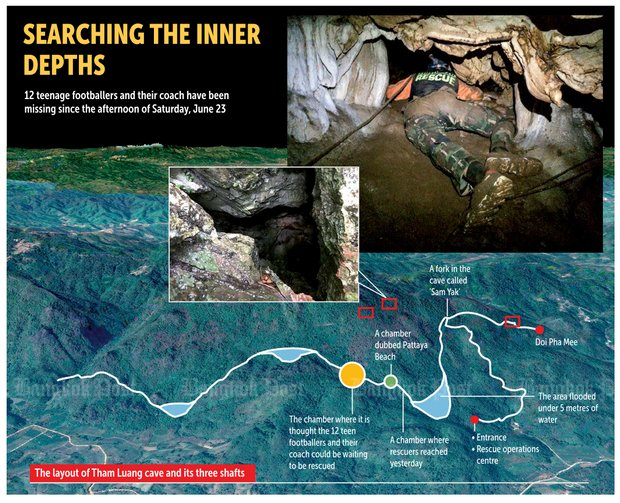 Three British cave-divers, who have previously explored Tham Luang, arrived on Wednesday evening to help in the operation.

Crocodile goes onto the menu