Chiang Rai governor Narongsak Osotthanakorn earlier said rescuers had managed to reach the "Sam Yak" three-way junction - and now the most critical section of the murky underground labyrinth lies ahead. 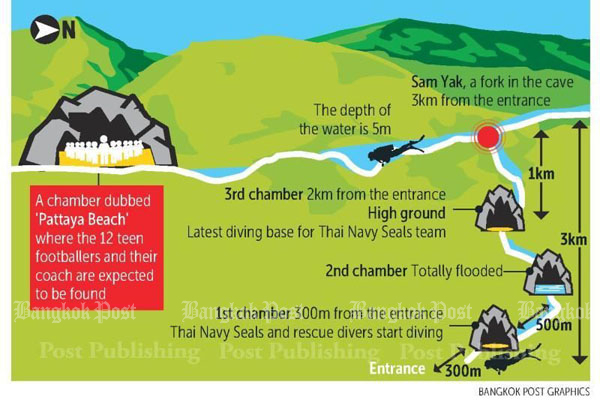