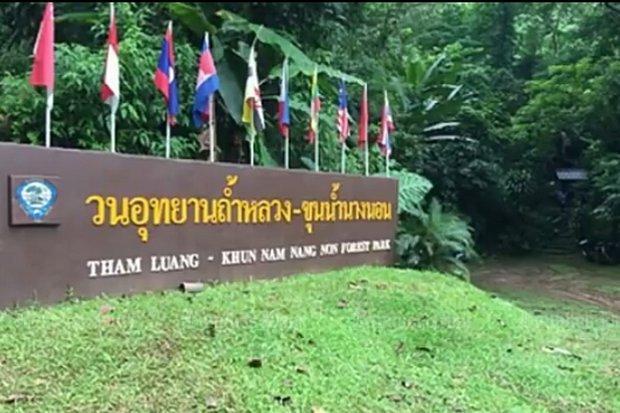 Officials plan to rejuvenate the Forest Park and establish a museum to highlight the rescue of the Wild Boars football team. (File photo)

MAE SAI, Chiang Rai: The cave complex in Thailand where 12 schoolboys and their football coach were trapped for more than two weeks will be turned into a museum to showcase the rescue, the head of the operation said on Wednesday.

The boys and coach all were safely brought out during a mission fraught with obstacles that ended late on Tuesday. A Thai rescue diver died last Friday, highlighting the dangers.

"This area will become a living museum, to show how the operation unfolded," the head of rescue mission, Narongsak Osotthanakorn, told a news conference.

"An interactive database will be set up" he said. "It will become another major attraction for Thailand."

Thai officials say the fate of the boys and the multinational rescue has put the cave firmly on the map and plans are in place to develop it into a tourist destination.

But Prime Minister Prayut Chan-o-cha said on Tuesday extra precautions would have be implemented both inside and outside the cave to safeguard tourists.

A guide book describes the relatively unexplored Tham Luang cave as having an "impressive entrance chamber" leading to a marked path and then a series of chambers and boulders.

Villagers say it is known to be prone to flooding and many have urged authorities to post clearer warnings.

Chongklai Worapongsathorn, deputy director-general of the Department of National Parks, Wildlife and Plant Conservation, said the cave would be closed from Thursday but did not say for how long.

He said plans were in place to "revive" an adjacent national park where hundreds of rescue workers and military personnel set up camp during the search and rescue.

Superstitious Thais have been gripped by a legend about the cave - the full name of which is Tham Luang Nang Non or "cave of the reclining lady".

Legend has it that a beautiful princess ran away to the cave with her commoner lover. Her father sent soldiers to kill the lover, prompting the princess to commit suicide.

Surrounding mountains took on the shape of her body.

Click "play" to listen to 'Tham Luang Cave Museum' to showcase boys' rescue and "Download" to keep this file for educational purpose.

commoner : an ordinary person who is not a member of a royal family - สามัญชน

legend : a story from ancient times about people and events, that may or may not be true; this type of story - ตำนาน

obstacle : a difficulty or problem that prevents you from achieving something - อุปสรรค ขวากหนาม

prone (verb): to likely to experience a particular problem more often than is usual - ที่มีแนวโน้ม

revive : to come or bring something back to existence or use - ฟื้นฟู, ทำให้เกิดขึ้นอีก

superstitious : believing in the power of magic or luck - เชื่อโชคลาง

unfold (verb): to happen, or to develop - ปรากฏออกมา