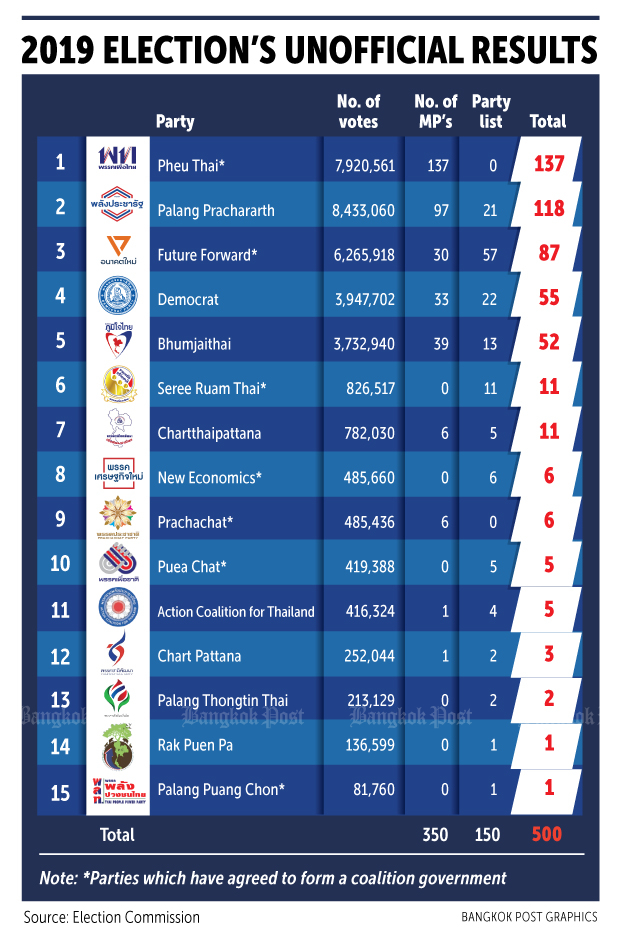 On discrepancies between the number of good ballots and total votes of all parties at some polling stations, Krit Urwongse, deputy secretary-general of the Election Commission, said they could be some mistakes in the counting but they should not affect total votes each party got.