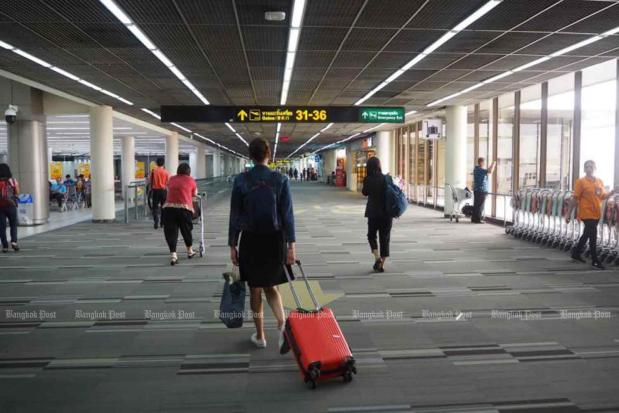 Travellers at Udon Thani airport, one of five the International Civil Aviation Organisation will be asked to recognise as new international airports during the Third Global Aviation Cooperation Symposium in Phuket next week. (Photo by Dusida Worrachaddejchai)

The meeting of the International Civil Aviation Organisation (ICAO) in Phuket next week marks a new phase in aviation development in Thailand, with authorities planning to ask the UN agency to endorse five more international airports.

The three-day Third Global Aviation Cooperation Symposium, from July 22-24, is partly a result of the ICAO seeing potential in the Thai aviation industry, according to Civil Aviation Authority of Thailand (CAAT) chief Chula Sukmanop.

Thailand had continued to improve its aviation standards since the ICAO in 2017 lifted the "red flag" it gave the country for its failure to address safety concerns.

“But we still have more homework to do,” Mr Chula said.

During the meeting, aviation officials plan to speak with ICAO members about their airport development and air traffic management plans to deal with the increasing number of travellers.

His office is also preparing for a new round of ICAO safety inspections next year.  At the next inspection, Thailand will have to clarify how to it plans to solve about 40 problems, Mr Chula said.

“The ICAO needs to make frequent inspections in response to the increasing number of passengers and flights,” he said.

Click "play" to listen to Thailand wants 5 more international airports and "Download" to keep this file for educational purpose.

aviation : the flying of aircraft - การบิน

inspection : an official process of checking that things are in the correct condition or that people are doing what they should - การตรวจสอบตรวจตรา

upgrade (verb): to give something a higher level of importance - ยกระดับ