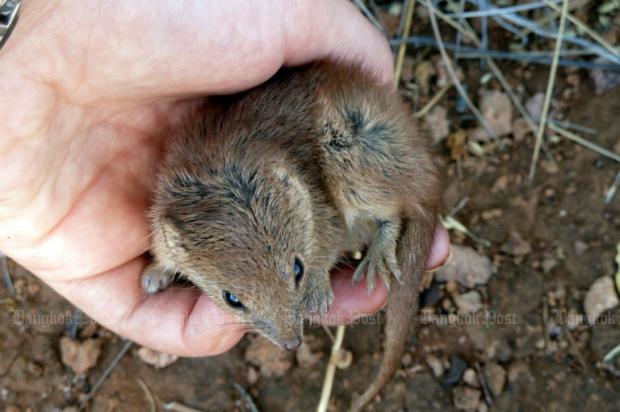 Biologists believe male kalutas like this one die en masse after mating because of sex-driven immune system collapse.

SYDNEY: A tiny marsupial found only in northwest Australia mates so intensely that an entire generation of males can die off during a single breeding season, researchers reported on Friday.

Female kalutas mate frequently and with different males during each breeding season.

"That means that males also have to mate a lot, and have good quality sperm (and lots of it), to outcompete rival males," said Genevieve Hayes, who led the University of Western Australia research team.

"This intense investment in reproduction, evidenced by their large testes, appears to be fatal for males."

"Males were regularly captured in healthy numbers throughout the study, except immediately after the mating seasons, when no males were captured," Hayes said.

"This, coupled with other research in the field and laboratory, strongly suggests that males die after the mating season."

The researchers said that despite the kalutas' "extreme mating behaviour", the species appears to be doing well.

capture (noun): the act of capturing somebody/something or of being captured - การจับได้

collapse : a situation in which something fails or stops existing - การพังทลาย

en masse : all together as a group - เป็นกลุ่ม,ด้วยกันทั้งหมด

immune system : the system in your body that produces substances to help it fight against infection and disease - ระบบภูมิคุ้มกันโรค

marsupial : a type of mammal from Australasia or South or Central America which is not completely developed when it is born and is carried around in a pocket on the mother's body where it is fed and protected until it is completely developed - สัตว์มีกระเป๋าหน้าท้องเลี้ยงลูกจำพวก

mate : to have sex in order to produce young - ผสมพันธุ์

reproduction : the act or process of producing babies, young animals or plants - การแพร่พันธุ์,การสืบพันธุ์

sperm (noun): a cell from a man that fertilizes the egg inside a woman's body and makes her pregnant; the liquid from a man's penis that contains sperm - ตัวอสุจิ, น้ำกามผู้ชาย

testicles : (of a male) either of the two organs that produce sperm, located in a bag of skin below the penis - กะหำ, อัณฑะ