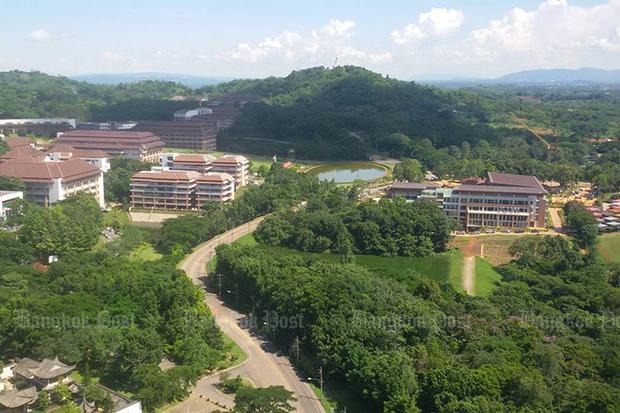 Mae Fah Luang and Mahidol were grouped in the 601-800 band in the latest global rankings by the Times Higher Education released on Thursday.

International outlook is defined as a university with international students, staff and teachers on the campus.

National University of Singapore remained the best in Asean, staying at 25th in the world rankings and its compatriot, Nangyang Technology University second at 48th.

The University of Oxford remained the best for four consecutive years, followed by California Institute for Technology and the Cambridge University.

The Times surveyed 1,300 universities in 92 countries.

compatriot : a person who is from the same country as you are - คนชาติเดียวกัน

outlook : an idea about what a situation will be like in the future - อนาคตที่คาดหวังไว้, ทัศนคติ

ranking : the position of somebody/something on a scale that shows how good or important they are in relation to other similar people or things, especially in sport - อันดับ