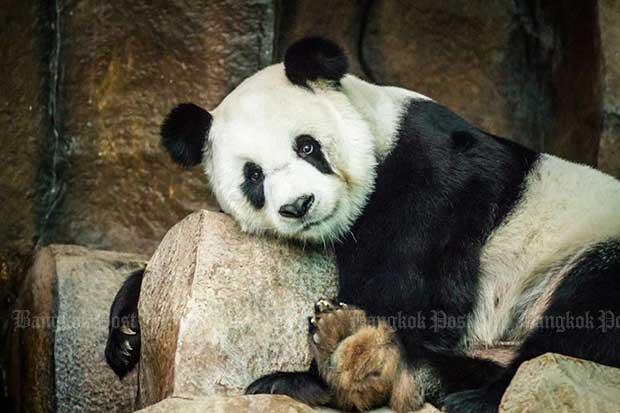 Xuang Xuang celebrated his 18th birthday on Aug 6. The male panda was born in 2000 at a panda research and development facility in Wo Long town of Chengdu province.

Mr Wutthichai said it could have died of natural causes and the Chinese consulate-general in the northern city had been informed about the death.

Veterinarians are looking for the cause of the death, he added. The zoo will have a press conference on Tuesday.

Xuang Xuang was a gift from the Chinese government to Thailand to demonstrate close relations between the two countries. It arrived in Chiang Mai with Lin Hui, a female panda, in October 2003, from Chengdu.

Its Thai name was Tewan and the Lanna name was Kham Ai but the animal was best known by the Chinese name.

Xuang Xuang and Lin Hui had been popular among Thais since they were brought to Chiang Mai and were a highlight of the zoo for animal lovers.

The two pandas were loaned to Thailand by the Chinese government. Beijing never gives pandas to any country but allows those with close ties to have them as a loaned gift.

Click "play" to listen to Panda Xuang Xuang dies at Chiang Mai zoo and "Download" to keep this file for educational purpose.

collapse : to suddenly fall down - ล้มลง

loan : to lend something to somebody, especially money - ให้กู้