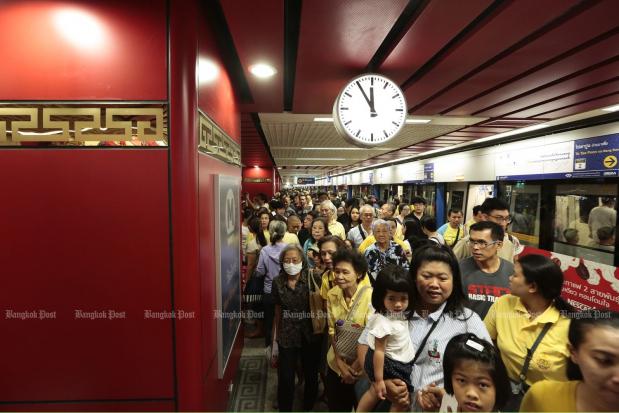 People get off a train at the Wat Mangkon station of the Blue Line's Hua Lumphong-Tha Phra extension which opened on Sept 29. (Pphoto by Patipat Janthong)

The Bang Sue-Tha Phra extension of the MRT mass transit line will open for a public trial run next month, completing the Blue Line’s planned loop around the centre of Bangkok.

The new 13km stretch, which charges up to 42 baht, links the Hua Lamphong-Lak Song extension, which opened in late September. It has seven stations.

From mid-2011, construction began to extend the Blue Line with an extension west from Hua Lamphong via Tha Phra to Lak Song, and in the north from Bang Sue to Tha Phra. (see map below)

However, it has yet to be decided whether the fares on the new extension will be waived during the trial run like when the 14km Hua Lamphong-Lak Song extension opened.

With the loop completed, MRT’s ridership will double to 800,000 a day. 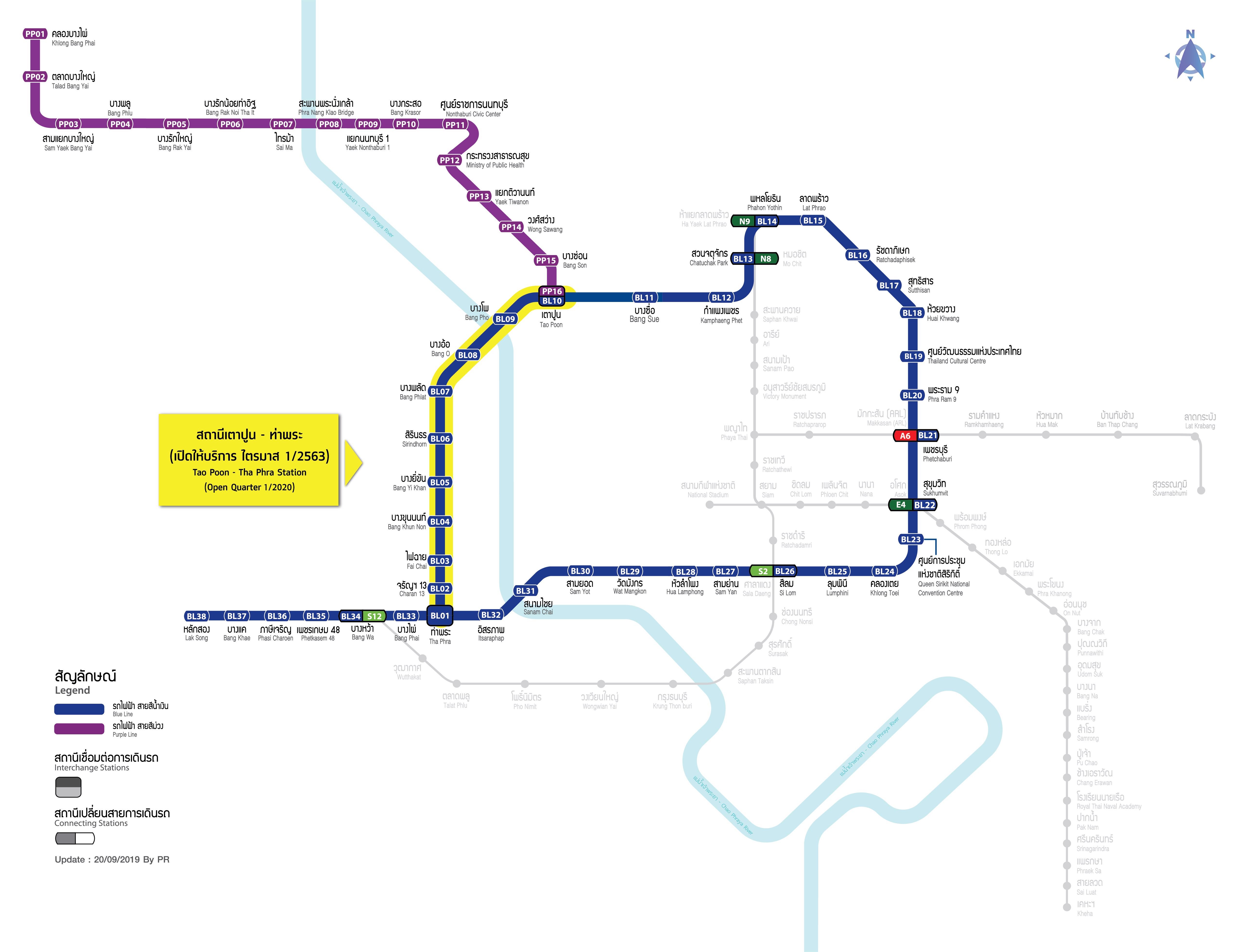 Click "play" to listen to MRT extension opens next month and "Download" to keep this file for educational purpose.

currently : at this time; now - ในปัจจุบัน

stretch (noun): a straight part of a journey - ช่วง

waive : to officially ignore a rule, right, or claim - ปลด