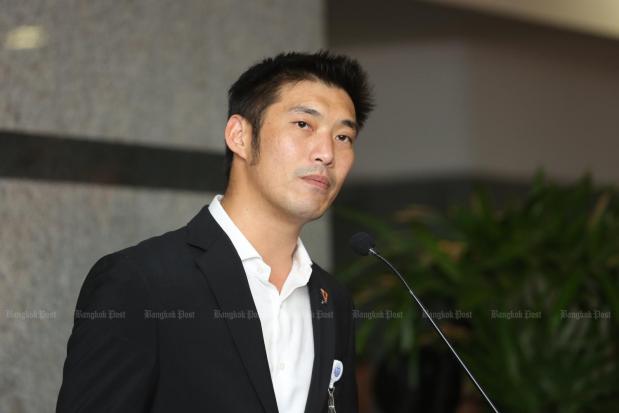 The Time 100 Next is a new list expanded from the magazine's Time 100 flagship, highlighting 100 rising stars who are shaping the future of business, entertainment, sports, politics, science, health and more, the magazine said.

"Thanathorn Juangroongruangkit knew that clawing back power from Thailand's ruling junta would never be easy. In the end, his Future Forward Party gained 17% of votes in this year's elections -- not bad for a party that is barely a year old. But Thanathorn, the billionaire scion of a car-parts empire, succeeded in re-energising young Thais, who flocked to his banner of ending the cycle of coups and bloody street protests that has dogged Thailand for more than 80 years," the magazine said.

Ms Kotchakorn, landscape architect who designed the award-winning Chulalongkorn Centenary Park, has been listed in the category of innovator. "After winning a contract to build Bangkok's first public park in three decades, she created an 11-acre [4.4 ha] 'thirsty' plot capable of absorbing 1 million gallons [3.7 million litres] of water," the magazine said.

Meanwhile, Lalisa is also on the list as a member of Blackpink in the category of Phenoms. "Blackpink's star may still be rising in the US, but on YouTube, it reigns supreme," the magazine said.

absorb : to take in a liquid, gas or other substance from the surface or space around - ซึมซับ ดูดกลืน

claw back : to gradually achieve something or move somewhere by using a lot of determination and effort -

flagship : the most important product, service, building, etc. that an organisation owns or produces - ผลิตภัณฑ์หรือบริการหลัก

innovator : a person who innovates, does new things or does thing in a new way -

reign supreme : dominate; have control over a situation -

shape : to have an important influence on the way that somebody/something develops - ก่อร่าง