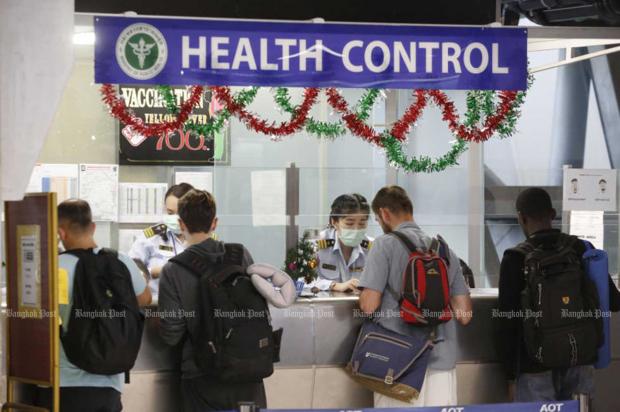 The Public Health Ministry on Wednesday confirmed a 73-year-old woman being treated at a hospital in Nakhon Pathom was the first Thai found to be infected with coronavirus.

The woman fell ill after returning from the Chinese city of Wuhan late last year. She was being treated in Nakhon Pathom. Health officials confirmed she was infected with the new strain of coronavirus.

There have now been four reported cases of novel coronavirus infection found in Thailand - three Chinese tourists and one Thai.

The second Chinese tourist found to be infected has since been completely cured and has returned home, the Department of Disease Control announced on Wednesday.

Dr Sophon Iamsirithavorn, the director, said the 74-year-old Chinese woman arrived in Thailand from Wuhan on Jan 13. She was quarantined on arrival with a fever and tests confirmed she was carrying the 2019-nCoV virus.

She was treated at the Bamrasnaradura Infectious Diseases Institute in Nonthaburi province.

She had since been declared free of the infection and had returned home to China on Tuesday, Dr Sophon said.

The Public Health Ministry has sought to calm public fears over the new disease, a viral respiratory infection similar to SARS, with assurances that measures are in place to prevent the spread of the virus.

Click "play" to listen to First Thai infected with coronavirus and "Download" to keep this file for educational purpose.