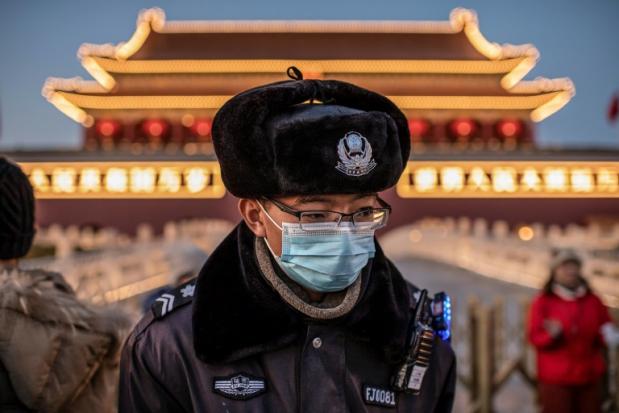 Misinformation about the mystery coronavirus virus has spread widely since the first outbreak of the disease in China.

Phoebe, a 40-year-old Hong Kong doctor, has been dismayed by some of the messages cropping up in her family Whatsapp group in recent days.

"I've seen information... telling people to use a hairdryer to disinfect your face and hands, or drink 60-degree hot water to keep healthy," she told AFP.

"I also saw a post shared in Facebook groups telling people to drink Dettol," she added, referencing a household disinfectant.

As a health expert, she knew none of these methods would work -- and could, in fact, be dangerous.

But how many more messages like that are out there?

Researchers say the internet and chat apps are full of them.

Ever since the emergence of the virus in the central Chinese city of Wuhan became public at the start of January, misinformation has spread.

The Poynter Institute for Media Studies said more than 50 fact-checking organisations in 30 countries have been dealing with "three waves" of misinformation.

AFP's own fact-check teams have encountered a deluge of misinformation causing confusion and fear -- include one out of Sri Lanka claiming China said 11 million people would die.

Another was a false report in Australia listing common food brands and locations in Sydney that were supposedly tainted, while multiple posts pushed the false idea that salt water can kill the virus.

Some of the misinformation has tapped into prejudices towards Chinese eating habits, or has been used to fuel racist stereotypes.

One video which went especially viral was a video of a woman eating bat soup, apparently in China. But the video was shot in 2016 on the Pacific island of Palau by a Chinese travel blogger.

Australia has seen multiple false claims that tap into prejudice towards its Chinese community.

On Monday, Duncan Pegg, a lawmaker for Brisbane, alerted people to a fake Department of Health press release warning against travel to suburbs with high concentrations of Chinese Australians.

"To have false information spread by racist morons creates a sense of fear and anxiety," he told AFP.

Click "play" to listen to Misinformation spreads China virus panic and "Download" to keep this file for educational purpose.

bat (noun): an animal like a mouse with wings, that flies and feeds at night - ค้างคาว

disinfectant : a chemical substance that kills bacteria and is used for making things very clean - สารที่ใช้ฆ่าเชื้อโรค

emergence : the process of appearing - การปรากฎออกมา

misinformation : wrong information about something - การให้ข้อมูลผิดๆ

moron : an insulting word for someone who behaves in a stupid way - คนปัญญาอ่อน

prejudice : an unreasonable opinion or feeling, especially the feeling of not liking a particular groups of people - ความมีอคติ

racist : someone who does not like or respect people who belong to races that are different from their own and who believes their race is better than others - คนที่กีดกันหรือเหยียดเชื้อชาติ

stereotype (noun): a fixed idea or image that many people have of a particular type of person or thing, but which is often not true in reality - ข้อคิดเห็นที่ไม่เป็นตัวของตัวเอง,ข้อความที่เลียนแบบมา,ทัศนคติทั่วไปของกลุ่มสังคม

wave : an activity or situation which is happening again or is being repeated after a pause -