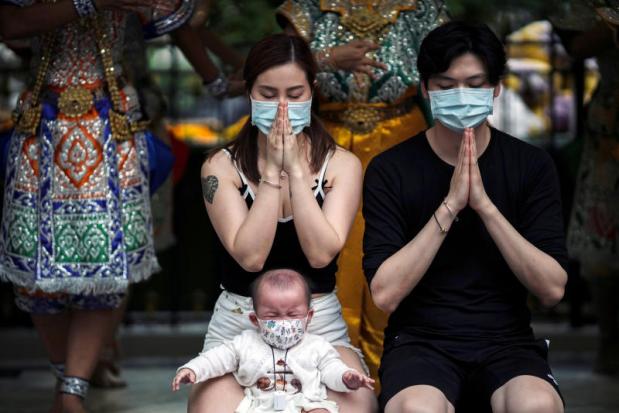 Thailand has seen its first case of human-to-human transmission of the new coronavirus, a senior Public Health official said on Friday.

The patient is a Thai taxi driver, Tanarak Pipat, deputy director-general of the Department of Disease Control, said on Friday.

"The Thai person who was infected does not have a record of travelling to China and it is likely that he was infected by a sick traveller from China," Dr Tanarak said.

Previous cases in Thailand have all been either Chinese tourists or Thais who had visited China, where the virus originated.

The taxi driver was one of the five new confirmed cases of infection announced on Friday. The others were Chinese nationals.

This raised the number of confirmed infections in Thailand to 19.

The tourists had arrived in Thailand before the Chinese government suspended outbound trips by its citizens, he said.

Human-to-human transmission of the virus has also been confirmed in other countries - including Germany, Japan, South Korea and the United States, Dr Sopon said.

Click "play" to listen to Human transmission of coronavirus confirmed in Thailand and "Download" to keep this file for educational purpose.