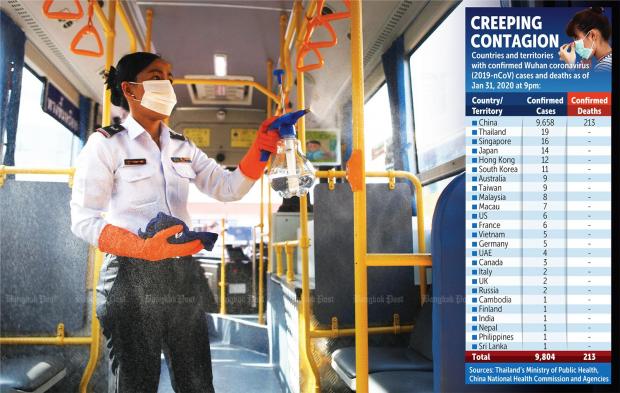 Thailand has the highest number of virus cases outside China

The Public Health Ministry on Friday confirmed Thailand's first case of person-to-person transmission of the novel coronavirus, bringing the number of cases to 19, the highest of all countries after China.

The virus was contracted by a local taxi driver who had never travelled to China.

Doctors believe the taxi driver was possibly exposed to the virus when he drove a Chinese national to hospital. The Chinese citizen was one of the confirmed coronavirus cases, who recovered and was discharged.

Human-to-human transmission of the virus has also been confirmed in other countries, including Germany, Japan, South Korea and the United States.

Click "play" to listen to Virus transmission goes local and "Download" to keep this file for educational purpose.

exposed : not protected and in direct contact with something harmful - ได้รับสารผิด