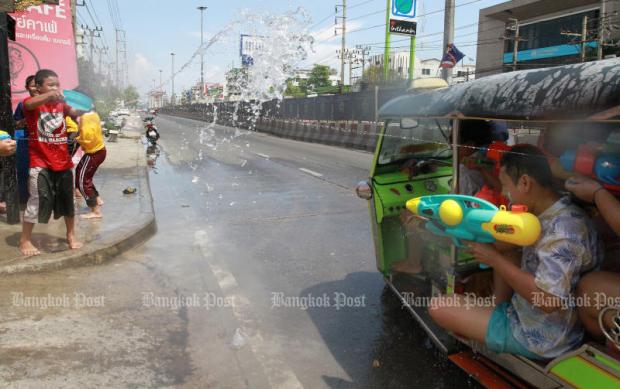 Prayut said the nine-day holiday for the Thai New Year celebrations is under consideration but he did not give the timeline for the final call.

"The final decision has not been made yet," he said.

The Songkran holiday is from April 13-15 every year. This year, it starts Monday through Wednesday. When taking into account Saturday and Sunday preceding them, the holiday is five days long.

Deputy Prime Minister Somkid Jatusripitak came up with an idea of extending the Songkran period this year to cover Thursday and Friday as well, making it a nine-day holiday (April 11-19). The long period will encourage more people to travel and spend money to give the tourism industry a boost after a sharp drop of tourist numbers from China, he said.

According to his plan, the extra two days are not for free — two public holidays in the second half of the year might be cut to compensate them if the plan is approved.

The Covid-19 epidemic, which started in China in December, is taking its toll on Thai tourism as people avoid travelling around the globe. China has banned tour groups in a bid to contain the virus and the Chinese are Thailand's largest tourist group.

Click "play" to listen to Government considers nine-day Songkran and "Download" to keep this file for educational purpose.

boost : something that helps or encourages somebody/something - สิ่งกระตุ้น

compensate : to do something to offset or balance some change, to respond to a change by moving in the opposite direction - ทดแทน, ทำให้เท่ากัน, ตอบแทน

contain : to prevent from spreading; to keep within limits - จำกัด,ควบคุมไว้

gross domestic product : the total value of all goods and services produced in a country in a year, except for income received from money invested in other countries. It is often simply called GDP - ผลิตภัณฑ์มวลรวมภายในประเทศ

9 people commented about the above