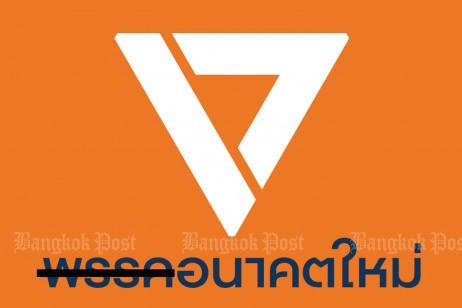 The court ruled the money party leader Thanathorn Juangroongruangkit lent to the party was considered other benefits by the intention of Section 66 of the Political Parties Act, which limits donations to 10 million baht per donor per year.

The court said the EC would then proceed to take criminal action against Mr Thanathorn and the 10 party executives.

The political ban means Mr Thanathorn and the party executives cannot join a party or set up a new one for 10 years. Without the right to vote, they also automatically cannot run as MPs since not losing the right to vote is one of the qualifications.

The court, which took less than an hour to read the ruling, began by ruling the Election Commission, the petitioner in this case, was empowered to take action when an offence is flagrant, without having to wait for anyone to ask it to do or letting the offender know the charge first since its procedures are different from those of a court.

The explanation dismissed the party’s earlier argument that it had not been informed the EC would charge it under Section 92 on receiving gains from illegitimate sources, the penalty of which is party dissolution.

The court went on to explain the intention of several laws which limit the sources of income a party can receive.

It said the intention is to prevent anyone with financial advantage from wielding influence on or controlling a party.

On the issue a loan is a donation, the court said a party is a public organisation so what is not allowed in the law was prohibited.

The court said since the party accepted an income from sources other than what is listed under Section 66 on donations, the party executives should have known or should know it is “other incomes” which can have influence on the party against the intention of the law.

The court also noted irregularities in the lending.

By establishing the party and its executives violated the donations limit, the court concluded the money was from an illegitimate source under Section 94, the violation of leads to party dissolution.

On Section 94, the party and academics earlier said the clause is for ill-gotten gains such as from robberies, human or drug trafficking.

donation : money or goods that you give to an organisation, especially one that helps people - เงินหรือสิ่งของบริจาค

executive : a senior manager in a business or other organisation - ผู้บริหาร

ill-gotten (adj): of money or property that someone obtained in an illegal or dishonest way - โดยทุจริต, โดยมิชอบด้วยกฎหมาย

illegitimate : not allowed by the rules or laws - ที่ขัดต่อกฎหมาย

lent (verb): (past) when something was loaned something to somebody, especially money - ให้กู้