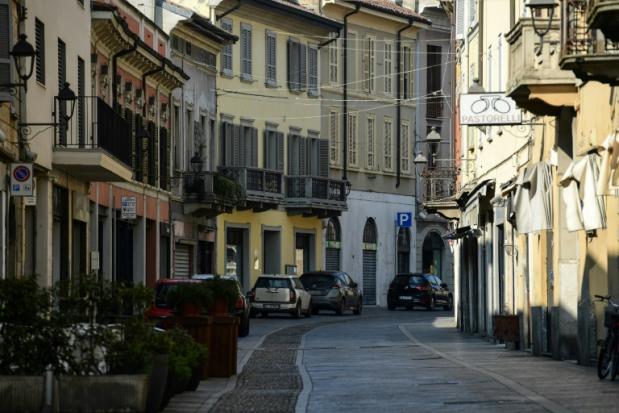 Codogno in the Lombardy region was labelled by health officials on Saturday as the epicentre of the new wave of confirmed cases in Italy's north.

ROME: Authorities in northern Italy on Friday ordered the closure of schools, bars and other public spaces in 10 towns following a flurry of new coronavirus cases.

Five doctors and 10 other people tested positive for the virus in Lombardy, after apparently frequenting the same bar and group of friends, with two other cases in Veneto, authorities said at a press conference.

Over 50,000 people have been asked to stay at home, while all public activities such as carnival celebrations, church and sporting events have been banned for up to a week.

Italian Prime Minister Giuseppe Conte said "everything is under control", and stressed the government was maintaining "an extremely high level of precaution".

Streets in the towns were deserted, with only a few people seen abroad, and signs showing public spaces closed.

In Casalpusterlengo, a large electronic message board outside the town hall read "Coronavirus: the population is invited to remain indoors as a precaution".

The first town to be shuttered was Codogno, with a population of 15,000, where three people tested positive for the virus, including a 38-year old man and his wife, who is eight months pregnant.

Three others there have tested positive to a first novel coronavirus test and are awaiting their definitive results.

The 38-year old was in a serious condition in intensive care.

He had dined earlier this month with a man who had visited China in January, and had later shown flu-like symptoms, but has since tested negative for the virus, Italian media said.

A friend of his, the son of a bar owner in Codogno, has also tested positive, along with three regulars at the bar.

The three, all of whom are retired, live in the small town of Castiglione d'Adda. The mayor there said the locals were "extremely worried" about the spread of the deadly disease.

Click "play" to listen to 10 Italian towns in coronavirus lockdown and "Download" to keep this file for educational purpose.

carnival : an outdoor entertainment at which people can play games to win prizes, buy food and drink, etc, usually arranged to make money for a special purpose; a public festival, usually one that happens at a regular time each year, that involves music and dancing in the streets, for which people wear brightly coloured clothes - งานรื่นเริง, งานเฉลิมฉลองของมวลชน, เทศกาลสนุกสนาน

regular : a person who often takes part in the same activity -