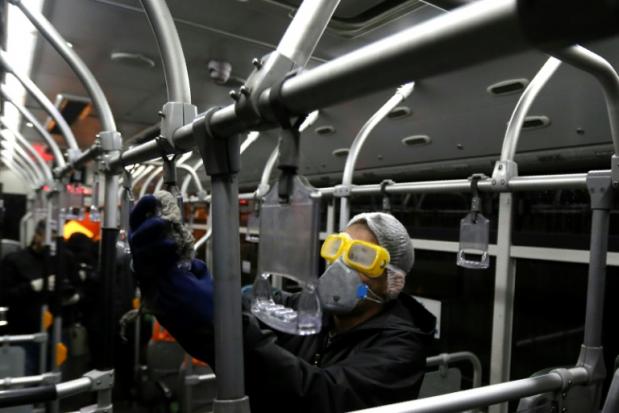 In Iran, which has reported 15 deaths out of nearly 100 infections, even the country's deputy health minister Iraj Harirchi said he had contracted the virus.

BEIJING: The new coronavirus epidemic swelled on Wednesday with cases in South Korea surging past 1,000 after deaths soared in Iran and infections appeared in previously untouched countries.

The virus has rapidly spread in parts of Asia, Europe and the Middle East, even as the number of deaths and new cases decline at the disease epicentre in China.

Towns and cities have been sealed off in an attempt to stop the contagion, while hotels in the Canary Islands and Austria were locked down on Tuesday because of suspected cases.

In Iran, which has reported 15 deaths out of nearly 100 infections, even the country's deputy health minister said he had contracted the virus.

The virus has killed 2,715 people and infected over 78,000 in China. There were 52 more deaths reported on Wednesday -- the lowest in three weeks -- with no fatalities outside the epicentre in central Hubei province.

The disease has now reached dozens of countries, with Austria, Croatia and Switzerland the latest to declare cases.

South Korea reported 169 new infections on Wednesday, raising its tally to 1,146 -- by far the largest outside China -- while an 11th person died.

China quarantined 94 air passengers arriving in Nanjing from Seoul after three people, all Chinese, on the flight were discovered to have fevers on Tuesday.

In the Middle East, Iran has emerged as a major hotspot, with three more people dying from the COVID-19 disease on Tuesday.

Meanwhile Italy -- which has reported 10 deaths and more than 300 cases -- has locked down 11 towns and ordered Serie A football games to be played to empty stadiums.

A young man who returned to Croatia from Italy became the first case in the Balkans region.

contagion : when something spreads or passes from person to person, so that more and more people are affected - การติดต่อ,การแพร่กระจาย

empty (adj): having nothing inside; with no people or things - ว่างเปล่า, ว่างโล่ง

sealed off : to prevent people from entering or leaving an area or building - ปิด ห้ามไม่ให้เข้า