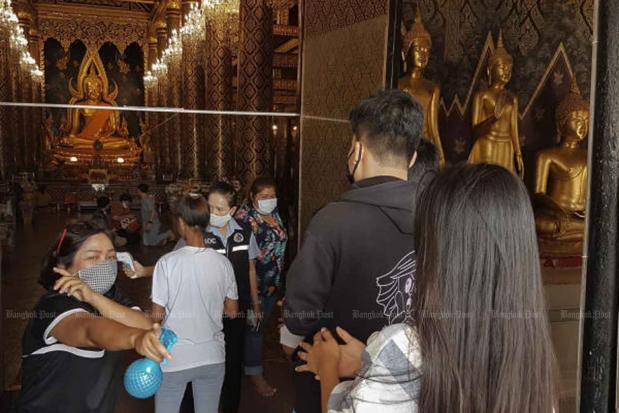 PHITSANULOK: A 43-year-old woman was found to be infected with Covid-19 and is now being treated, governor Pipat Ekpaphan said on Wednesday.

She is the first case of Covid-19 infection in the province, and is believed to have been infected at a pub in Soi Nana, Bangkok.

The governor said the woman travelled to Bangkok and stayed there from March 7-9. On the night of March 7 she spent time in a pub in Soi Nana, from 10pm to 4am. She visited the Bangkok Planetarium on March 8 and returned to Phitsanulok by plane on March 9.

On March 11, she travelled to Nan province in her car and began to feel unwell, with a fever, and returned to Phitsanulok the following day.

On March 13-17 she trained clients at a fitness centre. On March 16, she had a fever and went to see a doctor at Phitsanuvej Hospital. She was admitted on March 18, and released on March 20.

The woman later sought testing at Buddhachinaraj Hospital and it was confirmed she had Covid-19 on March 24. She was admitted for further treatment.

Mr Pipat said a total of 84 people had been tested for the virus in Phitsanulok, 78 of them came up negative, five were awaiting test results, and one was found to be infected.

Dr Piya Sirilak, the Phitsanulok public health chief, said it was believed the woman caught the virus at the Soi Nana pub, in Bangkok.

client : a customer or someone who receives services - ลูกค้า