The air quality did not improve on Monday morning, with IQAir recording "very unhealthy" air quality and hazardous, PM2.5 dust levels at 170.1 microgrammes per cubic metre (μg/m³) at 10.30am in Chiang Mai.

Ms Narumon said the worsening pollution is caused by a combination of factors which include arson, drought and winds which trap pollutants right above Thailand. 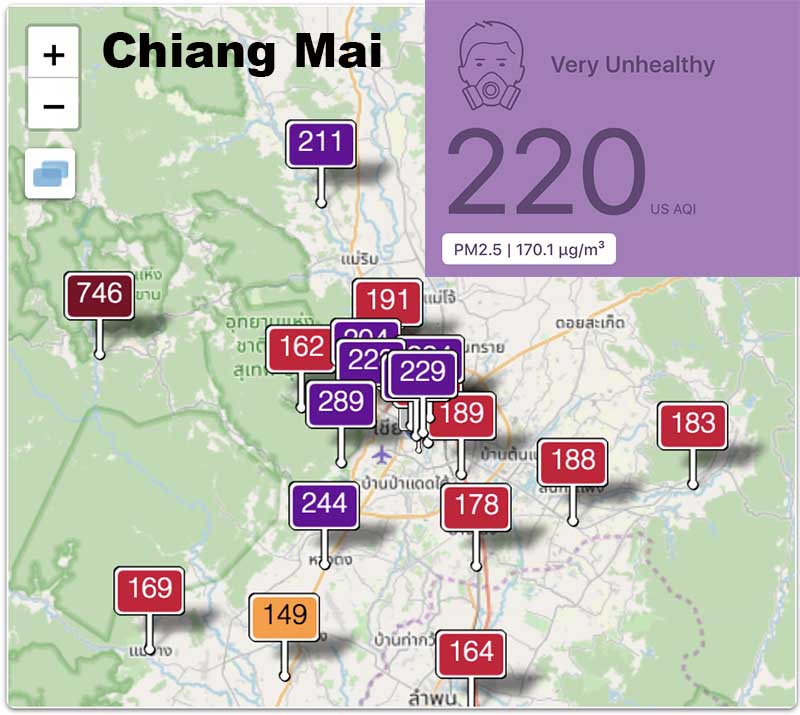 Most of the local fires were related to an ongoing bushfire in Doi Suthep-Pui National Park in Chiang Mai's Muang district, which suddenly raged out of control late on Saturday after burning for about a week.

Authorities used four helicopters to fight the fire, while drones and paragliders were sent to help detect hotspots and suspicious activities among villagers, who have been blamed for starting the forest fires to clear land for agriculture.