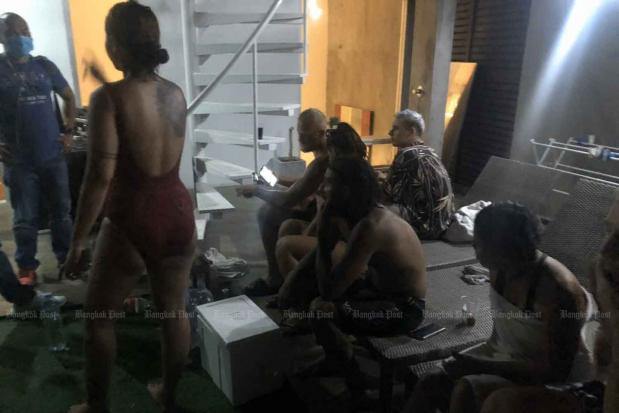 Phuket police arrested nine foreigners and five Thai women for partying in violation of the order against gathering in crowds, to control the spread of coronavirus disease.

They were arrested on the rooftop of a rented house late on Wednesday night, after police received a complaint about a loud party.

Police found 4 grammes of cannabis and 0.94gm of cocaine in their possession, and also seized several bottles of liquor and loudspeakers.

They were initially charged with violating both the emergency decree and the Phuket governor's order banning crowd gatherings.

Click "play" to listen to Rooftop party busted in Phuket and "Download" to keep this file for educational purpose.

arrested : caught by the police and taken to a police station because you are believed to have committed a crime - ถูกจับกุม

cannabis (noun): marijuana; a drug made from the dried leaves and flowers or resin of the hemp plant, which is smoked or eaten and which gives the user a feeling of being relaxed. Use of the drug is illegal in many countries. - กัญชา

comprise : to consist or be made up of two or more things - ประกอบด้วย