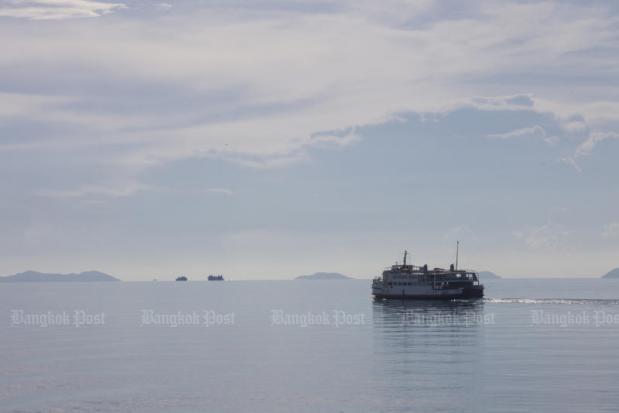 A ferry leaves Koh Samui for mainland Surat Thani. The resort island will close its border from Tuesday to the end of April, to help stop the spread of the coronavirus. (Photo by Watcharawit Phudork)

Koh Samui will ban people entering the resort island from Tuesday until the end of the month, as it joins the nationwide campaign to bring down the number of new coronavirus infections.

People will not be allowed to visit the island, except those with a health certificate from a public hospital issued within the previous 72 hours and confirming that they are not infected with the virus.

Those working in transport in essential sectors - such as energy, finance, consumer products, postal services and public health - will be allowed to enter the island, the announcement said.

Sea transport will be the only access to the island from Tuesday. Bangkok Airways said on its website that the airport, which it owns, will be closed from Tuesday until the end of the month.

Surat Thani province has 17 confirmed Covid-19 cases, six of them on Koh Samui.

The island received 1,291 arrivals on Saturday, a slight drop from 1,369 on Friday, according to latest figures posted on the Koh Samui Municipality Facebook account.

effective : officially begun to be used ; to take effect - มีผล

municipality : a town, city or district with its own local government - เทศบาล