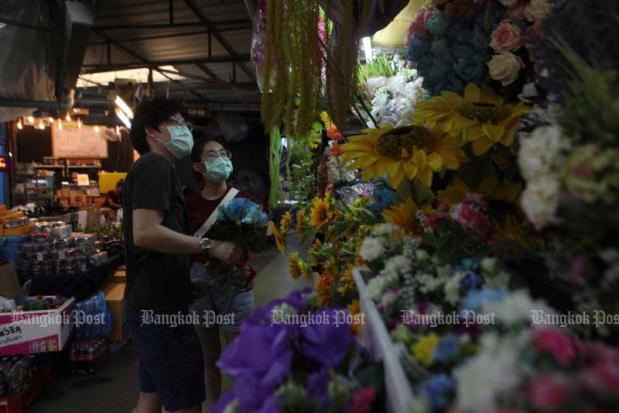 The Chatuchak Weekend Market draws shoppers on Sunday after it was allowed to reopen. The government plans to reopen more businesses next month. (Photo by Arnun Chonmahatrakool)

Boxing stadiums, massage parlours, spas, cinemas and tutorial schools are among the businesses and activities expected to be allowed to reopen for the third stage of Covid-19 lockdown easing next month.

However, pubs, bars and night entertainment venues will remain closed.

Tanarak Plipat, the deputy director-general of the Disease Control Department, said on Sunday that activities and businesses that are at moderate risk of Covid-19 transmission or the so-called ''yellow'' category are expected to be allowed to reopen in the next stage of relaxation.

''The Centre for Covid-19 Situation Administration (CCSA) is expected to announce the list probably this coming Wednesday or Thursday,'' Dr Tanarak said. 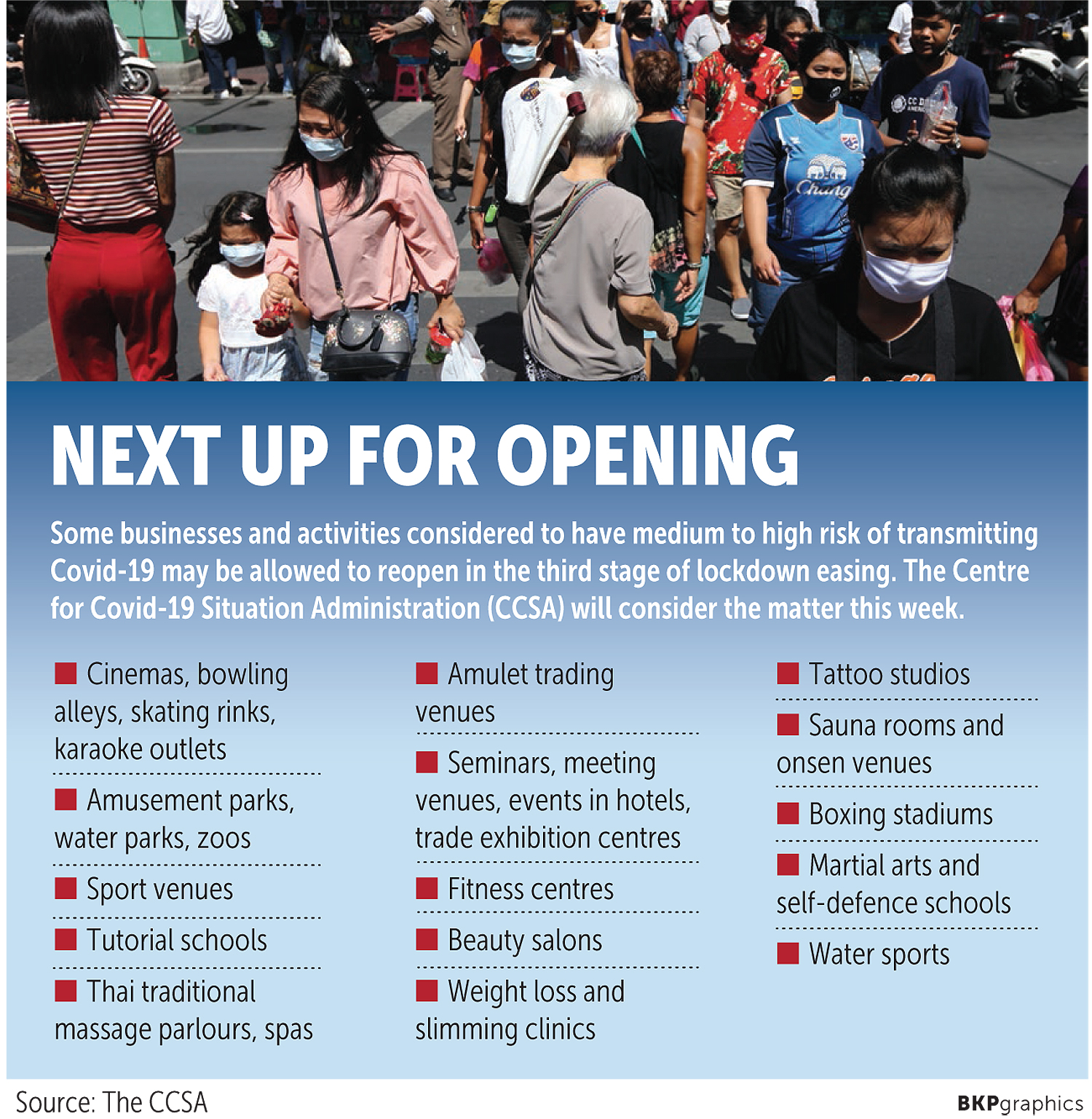 A cluster of infections during an event at Lumpinee Boxing Stadium on March 6 was blamed for a surge in the number of coronavirus cases in the following days.

He declined to give specific details as to which businesses will be permitted to reopen, though he said they have a higher risk for spreading infection than those which were previously allowed to resume.

However, those businesses should now have put in place health safety measures to protect customers and their staff.

Gen Somsak also said the committee will consider whether to retain the curfew period from 11pm-4am or shorten it from midnight to 4am.

The result of the meeting will be forwarded to the CCSA meeting on Friday for a decision on the third stage of lockdown easing which will take effect on June 1, Gen Somsak said.

The CCSA on Sunday reported no new coronavirus cases and no new deaths, maintaining the totals at 3,040 confirmed cases and 56 fatalities since the outbreak began in January.

Sunday was the fourth day this month that there were no new confirmed cases.

A total of 2,921 patients have recovered since the outbreak started, with 63 still in hospital.

The number of new infections per day during the past two weeks has remained in low single digits with most new cases the result of contact with previously infected ones or through contact with crowds of people.

Click "play" to listen to Boxing and massage set to resume in June and "Download" to keep this file for educational purpose.

surge : a sudden increase in something - การเพิ่มขึ้นอย่างรวดเร็ว