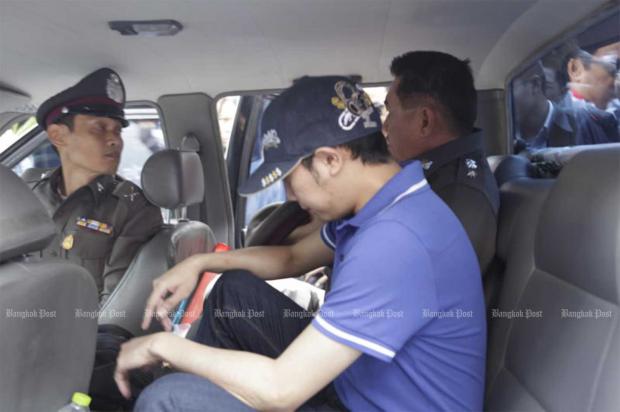 In this 2012 file photo, Vorayuth "Boss" Yoovidhya is escorted to the Thong Lor police station for interrogation, hours after a crash that killed a police officer. (Photo: Kosol Nakachol)

In his resignation letter, Mr Nate defended his decision to drop the charge against Vorayuth by citing that the decision was above board. As the Office of the Attorney-General faced mounting pressure from society over his decision, he wanted to show his responsibility by resigning to protect the image of the organisation, a source at the Office of the Attorney-General said on Tuesday.

The source said Mr Nate is due to retire at the age of 65 on Sept 30 this year but his term could be extended by five more years if a panel under the Office of the Attorney-General approves it.

The attorney-general has not yet approved Mr Nate’s resignation, added the source.

Click "play" to listen to Deputy AG who dropped Red Bull case quits and "Download" to keep this file for educational purpose.

above board (idiom): completely honest and legal - ซื่อสัตย์และถูกต้องตามกฎหมาย

Attorney-General : the top legal officer in some countries, who advises the leader of the government - อัยการสูงสุด

drop the charges : to decide that the accusations made against a person are not correct and should not be taken to court - ยกฟ้อง