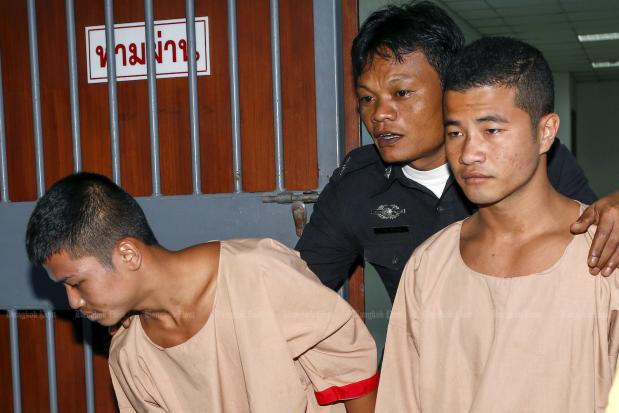 Two migrant workers from Myanmar on death row for the 2014 murder of two British backpackers on Koh Tao have had their sentences changed to life in prison under a royal decree, their lawyer said on Friday.

Zaw Lin and Win Zaw Htun were sentenced to death for the murder of David Miller and the murder and rape of Hannah Witheridge, whose bodies were discovered on a beach on the popular tourist island in Surat Thani in September 2014.

The two men were convicted and sentenced in 2015 and the ruling was upheld by an appeal court in 2017 and the Supreme Court in August 2019.

The convictions caused controversy, with supporters of the two men arguing that they had been framed and that they had initially confessed to the crimes under duress. The police investigation and handling of crucial DNA evidence were also widely criticised.

Their sentences will be reduced to life imprisonment under a royal pardon, their lawyer told Reuters.

Click "play" to listen to Death sentences in Koh Tao killings commuted and "Download" to keep this file for educational purpose.

commute (a punishment) : to change a punishment to one that is less severe - ลดโทษ (รุนแรงให้น้อยลง)

controversy : a disagreement that a lot of people have strong feelings about - ความขัดแย้ง

conviction : when someone is officially found to be guilty of a particular crime - การพิสูจน์ว่ากระทำผิด

death row : the cells in a prison for prisoners who are waiting to be killed as punishment for a serious crime - สถานกักกันนักโทษประหาร

frame : to make someone seem guilty of a crime when they are not, for example by lying to the police or by producing false evidence - ใส่ร้ายปรักปรำผู้บริสุทธิ์

life imprisonment : a punishment of life in prison - จำคุกตลอดชีวิต

pardon : an official decision to forgive someone for committing a crime and to free them from full or further punishment - การอภัยโทษ