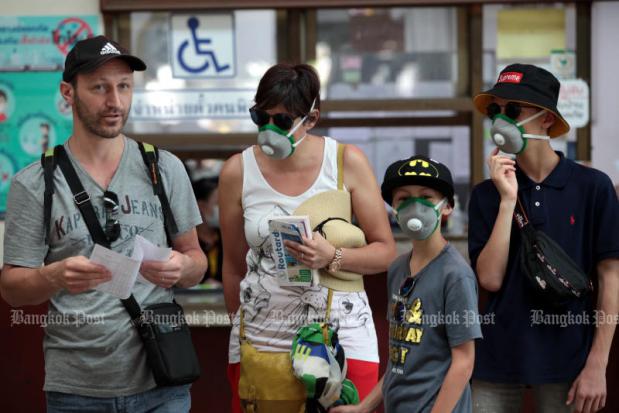 Expats may not be able to join tourism stimulus packages, but the government pledges to end dual pricing as soon as possible.

Yuthasak Supasorn, governor of the Tourism Authority of Thailand (TAT), said the We Travel Together  campaign is carried out with budget from the Loan Act, which makes it hard to include foreigners.

But the TAT will discuss stopping dual-pricing for expatriates with the National Parks, Wildlife and Plant Conservation Department, as well as famous tourism sites.

Mr Yuthasak said the move will let expats save money, allowing them to spend more as a key target to boost domestic tourism.

The agency wants to introduce an identity card for expats, helping to distinguish them from tourists so they will be charged the same price as locals.


The expat travel card would be issued by the TAT. The agency hopes to sign a memorandum of understanding with each department that owns tourist attractions to fix a standard local price for those card holders permanently, not just during the pandemic.

"The key factor is we have to treat expats like locals, without discrimination or a negative attitude towards foreigners," he said.

campaign : a planned group of especially political, business or military activities which are intended to achieve a particular aim - การรณรงค์

discrimination : the practice of treating someone or a particular group in society less fairly than others - การเลือกปฏิบัติ, การแบ่งแยก

distinguish : to recognise the difference between two people or things - จำแนกความแตกต่าง, แยกแยะ

dual-pricing : charging one group of people a different price than another -

locals : people who live in a particular place - ชาวบ้าน

memorandum of understanding (MOU) : a document used to describe a form of a written agreement between two or more groups, countries, etc. The document is not as strong as a contract but outlines a commitment between the two to work together toward the same purpose or goals -