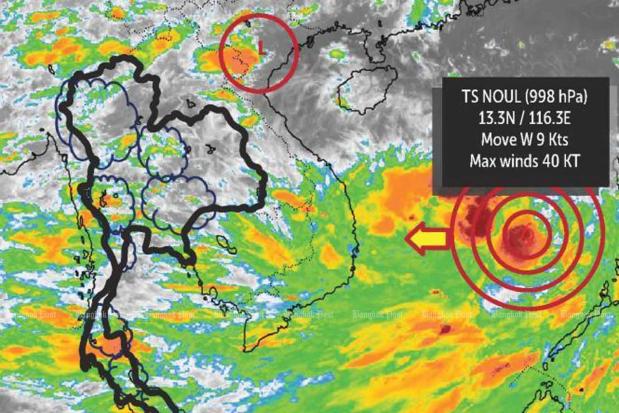 Tropical Storm Noul is gathering strength and could hit the country tomorrow until Sunday, the Agriculture Ministry says.

Agriculture Minister Chalermchai Sri-on said on Wednesday he has instructed the Royal Irrigation Department (RID) to prepare for an emergency from the effects of Noul.

The storm strengthened from a tropical depression into a tropical storm on Tuesday. It could become a typhoon, the Meteorological Department said.


The department has also warned people about flash floods and winds which could topple trees and power lines. 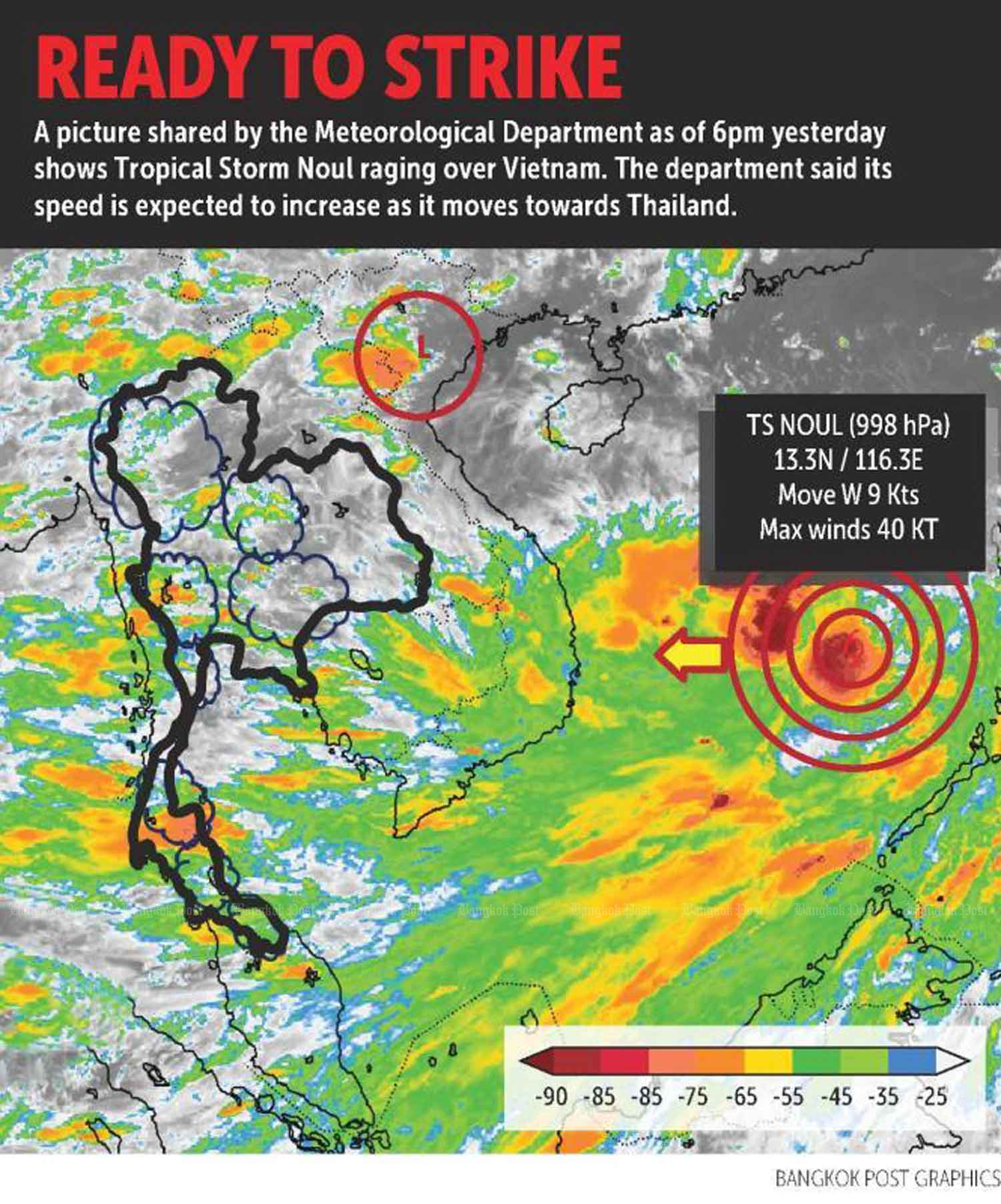 On Wednesday, Mr Chalermchai said heavy rains are expected to hit many areas in the North, Northeast and the East on Saturday.

Click "play" to listen to Tropical Storm Noul nears Thailand and "Download" to keep this file for educational purpose.

bear the brunt of (idiom): to receive the main force of something unpleasant - ได้รับผลกระทบที่รุนแรง

irrigation : the process of bringing water to land through a system of pipes, ditches, etc. in order to make crops grow - ระบบชลประทาน

landfall : the place where a storm coming from the sea first hits land - การเข้าหาแผ่นดิน