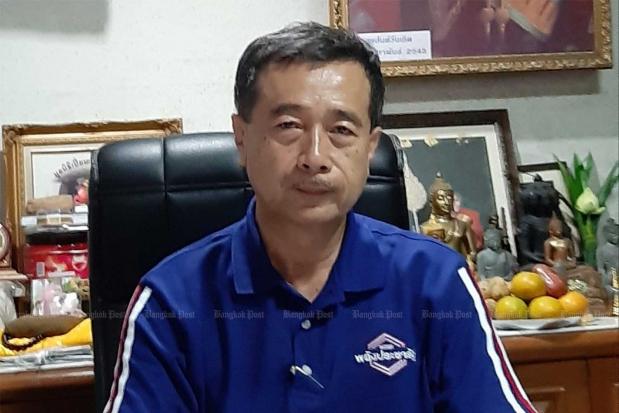 Palang Pracharath MP for Chon Buri Ronnathep Anuwat claims political rivals set him up with a message containing a photo of a nude woman that he was seen looking at in parliament on Wednesday. (Photo: Ronnathep Anuwat Facebook page)

An MP seen looking at an "inappropriate" photo on his phone during a House meeting was a personal matter, Speaker Chuan Leekpai said on Thursday.


Palang Pracharath MP for Chon Buri Ronnathep Anuwat was spotted by reporters looking at a photo of a naked woman on his phone while attending a meeting of the House on Wednesday.

Mr Chuan said he would warn the MP in question to be more careful. He had previously told MPs to be careful what they do because the media is watching them.

However, he personally viewed the incident as a personal matter and not a contravention of parliamentary regulations. Therefore, the parliament could not punish the MP.

Mr Ronnathep on Thursday claimed he was beng targetted by political rivals.


He had received a message on his mobile phone seeking help while he was attending the House meeting on Wednesday. He opened the message, unaware it contained a nude photo.

The message was asking for money to buy food. When he saw the nude photo, he immediately deleted the message and the photo, Mr Ronnathep said.

He believed he was politically defamed.

careful (adj): thinking about what you are doing so that you do not do anything wrong or so that you avoid problems - ระมัดระวัง

defame : to say or write something bad about someone that is not true and makes other people have a bad opinion of them - ทำลายชื่อเสียง

House (of Representatives) : the largest part of Congress in the US, or of the Parliament in Australia and Thailand - สภาผู้แทนราษฎร

naked : not wearing any clothes - เปลือยกาย

unaware : not understanding or realising something - ซึ่งไม่รู้ตัวมาก่อน