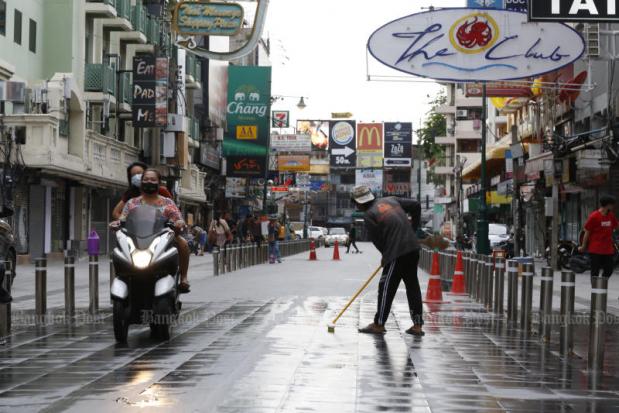 "Major street vending spots in Yaowarat Road and Khao San Road will remain as they are -- unique and highly significant for tourism and community identity."

The cabinet approved a BMA proposal to regulate street vendors.

For the first six months, the BMA will order all 50 districts to cancel street vendor sites and provide alternative spaces, likely to be state plots, and will stop collecting rental space fees.

The BMA has already approved three new permitted areas in Bang Khunthian, Phaya Thai, and Prawet districts which will be opened next month.

"So, street vendors who have lost space in the cancelled areas can move to the new market spaces without paying rental fees," Mr Sakoltee said, explaining the move.

Click "play" to listen to Street vendors 'here to stay': BMA and "Download" to keep this file for educational purpose.

site : a place where something happened - ที่เกิดเหตุ

wipe out : to get rid of or kill off something completely - กำจัดให้หมดไป