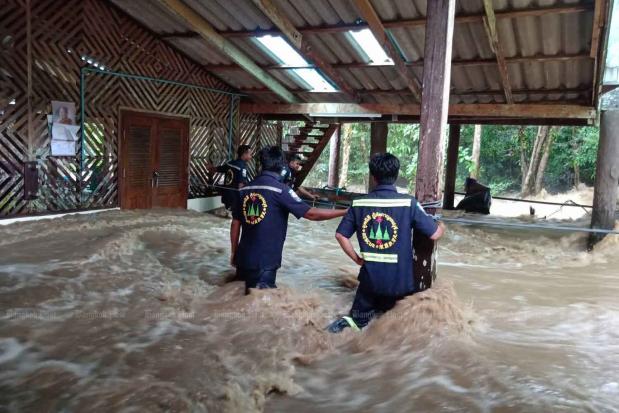 Heavy rain will continue until Tuesday after it caused runoff and floods in several provinces from Wednesday night.

The Meteorological Department said on Thursday that rain would continue due to a monsoon trough above the lower North, Central Plains and Northeast since Wednesday.

It rained heavily in many parts of the country from Wednesday night to Thursday morning. Floods were reported in downtown Chiang Mai on Wednesday morning and there was runoff in Lampang province.


Runoff was also reported in Prachin Buri and Kanchanaburi provinces.

runoff : rainfall that cannot be taken in by the soil and which flows into rivers, lakes or the sea - น้ำหลาก, ปริมาณของเหลวที่ไหลออก