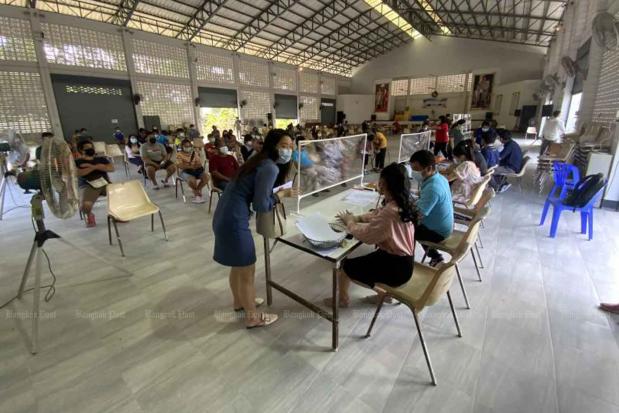 The government has set three phases of Covid-19 vaccination for citizens, with the first phase to cover 1 million people from February to April.

The 2-million-dose vaccination was set from February to April. It would be for 80,000 medical personnel and health volunteers, 20,000 disease control workers, 900,000 people aged 60 and over, and people with chronic diseases.

The first recipients would be in Samut Sakhon province, greater Bangkok and the eastern provinces of Chon Buri, Rayong, Chanthaburi and Trat, which had high levels of infection and are maximum control zones, he said.

The second phase would involve 26 million doses to be given to people in vulnerable groups nationwide in May and June.

The third phase, set for later this year to early next year, would involve vaccinating enough of the general population to develop herd immunity and stop the spread of Covid-19 at community level.

Each person would need two doses, four weeks apart. It would take 1-2 months for the vaccine to have full effect, Dr Opas said.

herd : a large group of animals of the same type that live and move about together - ฝูงสัตว์

immunity : protected from a disease naturally by the body - ภูมิคุ้มกันโรค, ภูมิต้านทานโรค

nationwide : throughout a whole country - ทั่วทั้งประเทศ

recipients : people who receive something - ผู้รับ

zone : an area that has an important or typical feature; an area where a particular activity is allowed or not allowed - พื้นที่, บริเวณ, เขต