Authorities in Chiang Mai are concerned following a spike in Covid-19 infections in the northern province. (Bangkok Post file photo)

Authorities in Chiang Mai admit they are greatly concerned following a spike in Covid-19 infections that are now passing 200 every day.

An additional 260 Covid-19 cases were reported in the province on Tuesday, taking the total number of infections there to 1,260 since the epidemic began early last year.


Dr Chatuchai Maneerat, Chiang Mai's public health chief, said if the daily cases in the northern province continue to exceed 200 infections, hospitals would not be able to handle them.

More than 600 people have tested positive for the virus since the outbreak started early this month and about 200 have been admitted for medical care, he said.

"Currently we have 1,000 beds in the province's field hospital and that may not be sufficient," he added. "So the province's communicable disease control panel has decided to add another 1,000 beds." 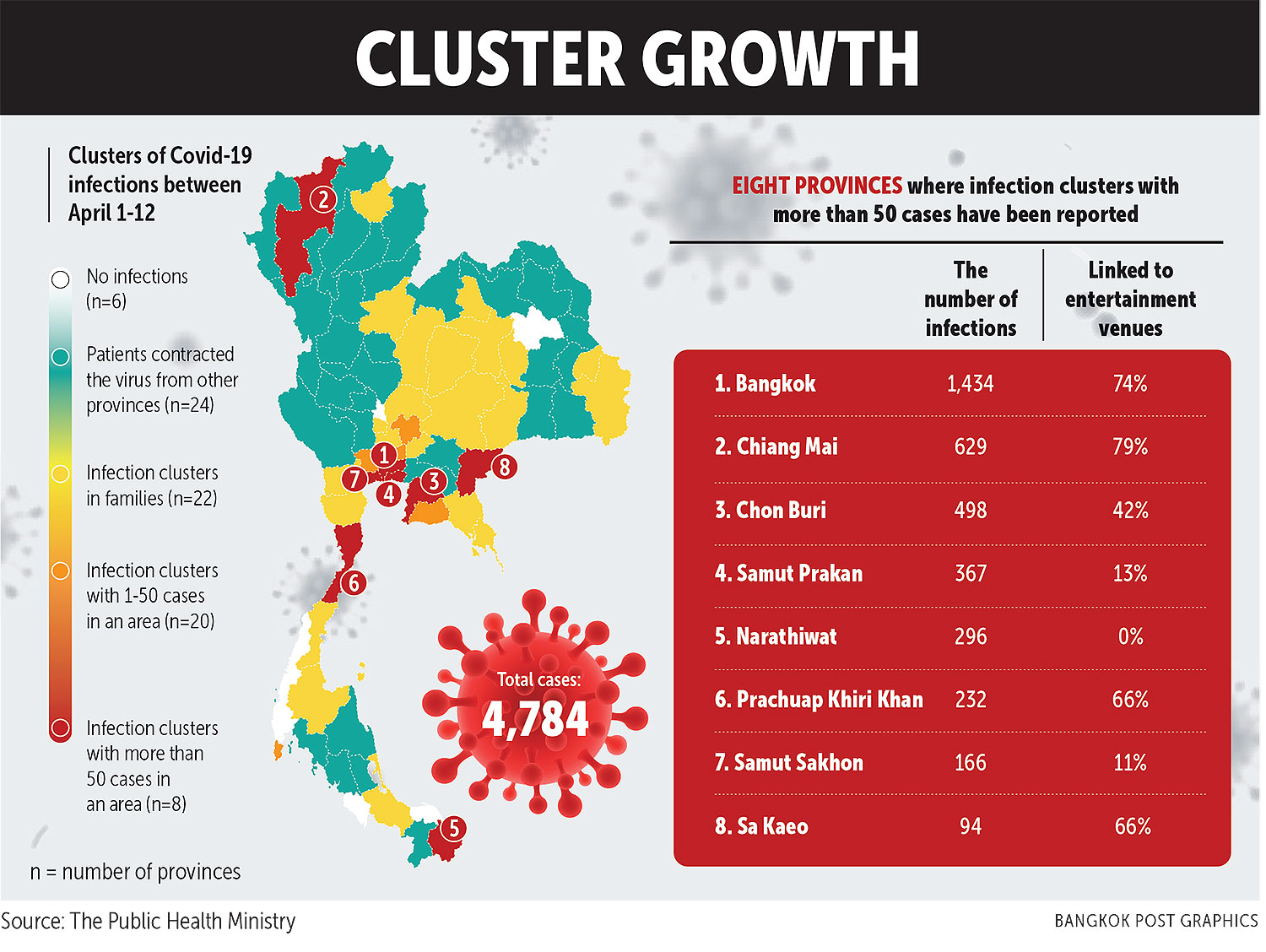 Dr Opas Karnkawinpong, director-general of the DDC, said no nationwide lockdown was being considered and he urged the public, especially students, to avoid social gatherings at least until the end of this month.

A general work-from-home policy is expected to lower the infection rate to 400 per day and a "targeted lockdown" can push the number lower to 100 cases per day, he said.