More than 3,000 houses in 23 villages in Chiayaphum are suffering what is said to be the most severe flooding in 100 years.

Rescuers and local officials were using boats to evacuate them to temples and schools on higher ground.

The mayor said this year's flooding in Bamnet Narong district was probably the most severe in 100 years. 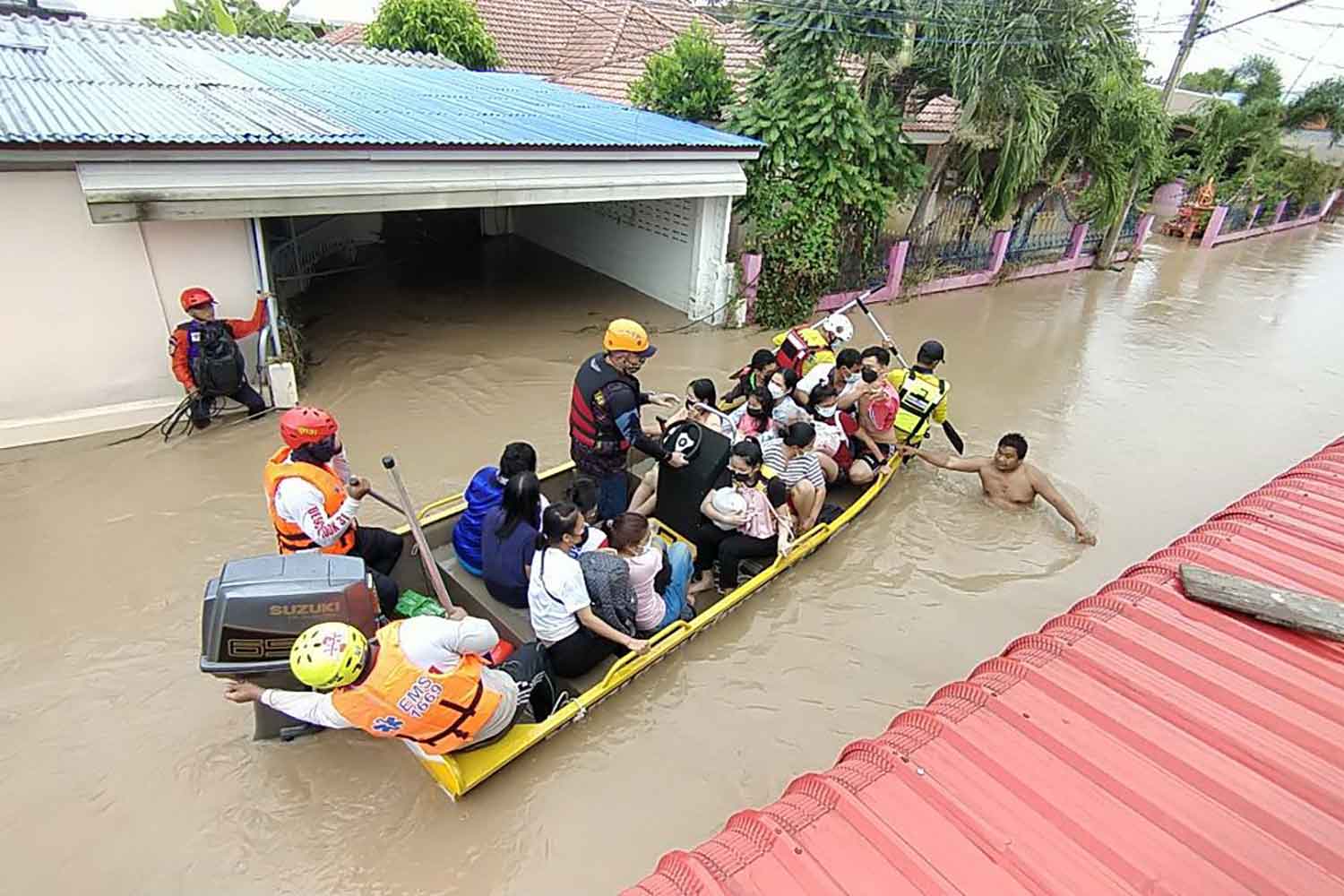