Flood water inundates cars, one with its lights still on, in Thalang district, Phuket, after hours of heavy rain on Friday morning. (Photo supplied: Achadthaya Chuenniran)

Hours of heavy rain battered Thalang district of Phuket on Friday morning causing serious flooding in many areas, including in front of Phuket airport.

Residents reported flooding in front of Susco Muang Mai petrol station, Muang Thalang School and Phuket international airport. In the worst affected areas the water was waist high. Many cars were flooded, some up to their roof tops.

The Disaster Prevention and Mitigation office deployed crews to pump out floodwater. The water in some areas was receding.

Mr Narong said local organisations set up a kitchen at a temple to help local residents.

Phuket airport announced that passengers should aim to arrive at the terminal 3-4 hours ahead of their flight, as heavy rain continued to pound the district.  For further information, passengers can call the airport on 076 351111. 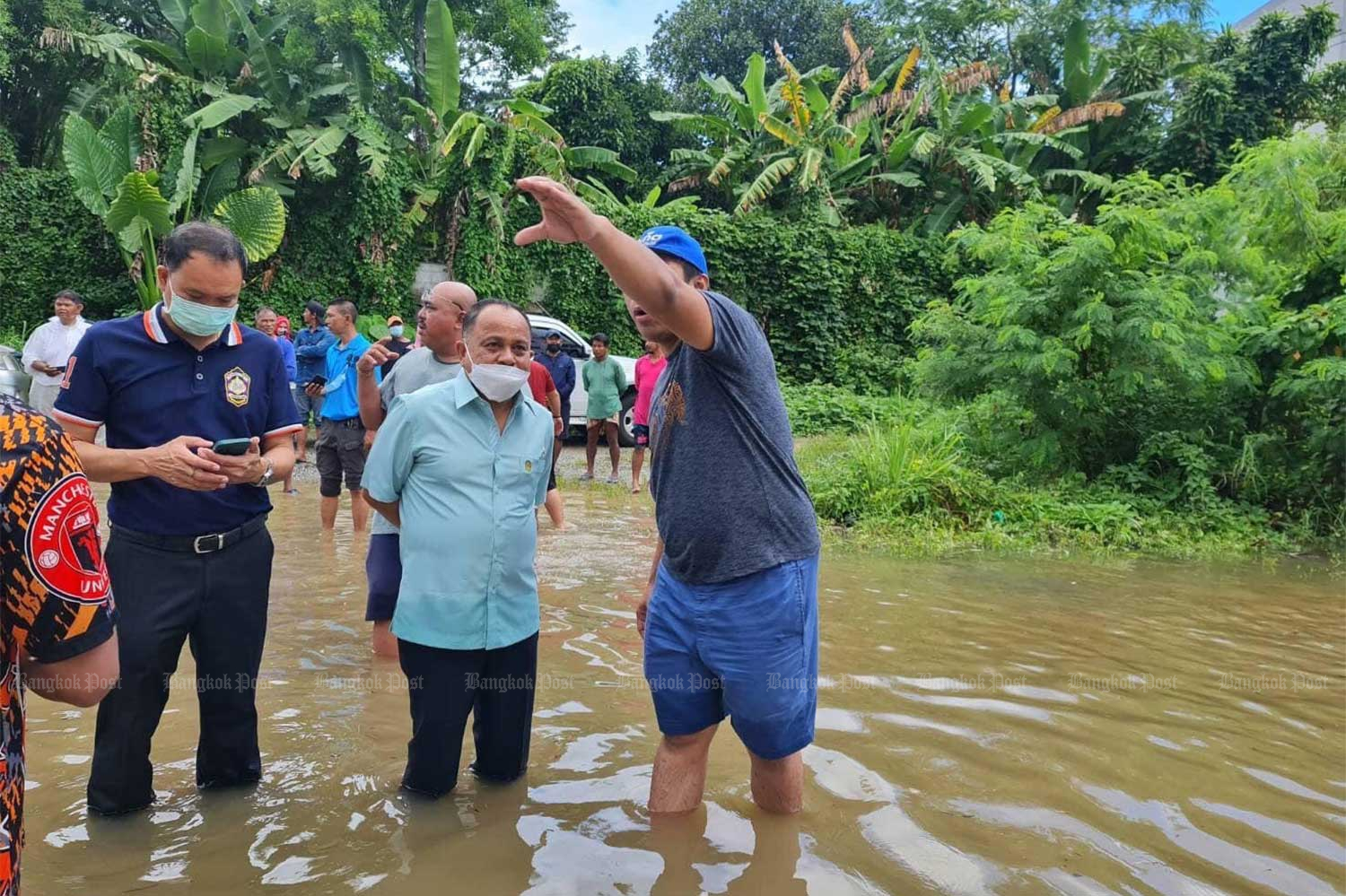 PM2.5 haze to stay until next week

'Extortion' principal: It's not my money