More+
GT200: Not quite dead yet
Learning
Easy news

It was praised by the military as a top-quality explosives detector until tests proved it was completely ineffective. That does not seem to have stopped its use, however. 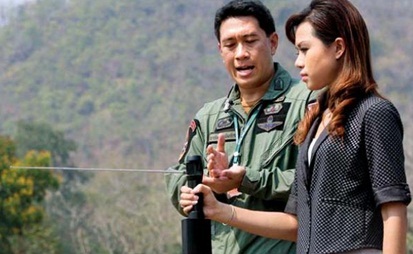 The GT200, shown above, was praised by the military as a top-quality explosives detector, a device so simple, even a reporter could learn to use it. 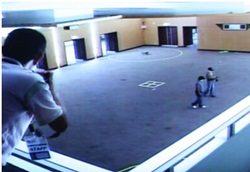 In a 2011 Science and Technology Ministry test soldiers using the GT200 were able to find C4 explosives only four times in 20 trials.

Most people here in Thailand probably assumed that the use of GT200 bomb detector by Thai military forces had come to an end.

Tests carried out both locally and abroad had shown the devices were incapable of detecting anything. In a scientific test here in Thailand organised by the Science and Technology Ministry in 2011, soldiers using the GT200 were able to find C4 explosives only four times in 20 trials – about the same as you would find without any help at all.

The GT200 was in the news again this week after the BBC reported that a British man producing and selling the virtually identical ADE 651 detector was being sued by police in the United Kingdom for fraud. Specifically, Avon and Somerset Police said Jim McCormick, 55, would face six charges including producing and supplying the ADE 651 devices knowing they were ineffectively designed or adapted to detect bombs.

Curious reporters here in Thailand quickly followed up, asking army chief Prayuth Chan-ocha if the GT200 had actually been taken out of service.

No, it had not, Gen Prayuth replied.

"I affirm that the device is still effective. Other armed forces are also using it," the army chief said.

He said the GT200 will continue to be used by the army in the far South.

It is easy to understand why the military would be reluctant to give up the device.

It is lightweight, very portable and it can be used from a distance, allowing the user to stay out of range of dangerous explosives.

The only problem, of course, is that it doesn’t work.

The army chief remains unconvinced. He insisted the GT200 has proven to be effective in the army's operations in the past. But he would respect any scientific test if it proves otherwise.

praise – to express strong approval or admiration ยกย่อง, ชื่นชม
reporter – someone whose job is to write articles or make broadcasts about events in the news ผู้สื่อข่าว, นักข่าว
explosives – substances or pieces of equipment that can cause explosions สิ่งที่ระเบิดได้
detect – to find or prove that something is present using scientific methods พบ
detector – a device used to find particular substances or things, or measure their level เครื่องตรวจจับ
device – a machine or piece of equipment that does a particular job อุปกรณ์ เครื่องมือ เครื่องจักร
assume – to accept something to be true without question or proof ทึกทักเอา, คิดว่าเป็นจริง,
local – in or related to the area that you live, or to the particular area that you are talking about  ท้องถิ่น
incapable – unable to do something ไม่สามารถ, ไม่มีความสามารถ
trial – a test, usually over a limited period of time, to discover how effective or suitable something or someone is การทดลอง, การทดสอบ
virtually identical – almost exactly the same เกือบเหมือนกัน, คล้ายกันมาก
fraud – something (or someone) that deceives people by not being what it seems to be; bogus ไม่แท้ การโกง  การหลอกลวง
specifically – in a detailed and exact way เฉพาะ, เฉพาะเจาะจง
charge – an official statement accusing someone of committing a crime ข้อหา
ineffective – not working correctly or not doing what you want it to do ซึ่งใช้การไม่ได้, ซึ่งไม่ได้ผล
adapt – to change something to suit different conditions or uses ทำให้เหมาะ, ทำให้เข้ากับ, ปรับ
curious – having a strong desire to know about something  อยากรู้อยากเห็น
affirm – to say or show that something is true ยืนยัน, รับรอง
reluctant – not very willing to do something and therefore slow to do it ไม่เต็มใจ
lightweight – not very heavy เบา, มีน้ำหนักเบา
portable – easy to carry or move, so that you can use it in different places หิ้วได้, พกพาได้
out of range – beyond the longest distance a gun, explosive or other weapon can kill or cause damage
unconvinced – thinking that something may not be true or right ไม่เชื่อ
insist – to keep saying very firmly that something is true ยืนกราน ยืนยัน
respect – to accept the importance of something เคารพ
prove otherwise – to show not to be true แสดงให้งเห็นว่าไม่จริง