Lights back on in Koh Samui and Koh Phangan (updated)

Holiday islands Koh Samui and Koh Pangan are not so pleasant without electricity and those on the islands are delighted this morning after power was restored. More later.

7:30  Reports are coming in that power was restored to the entire island of Koh Samui at about 4am this morning. We are still awaiting news of the situation on Koh Phangan.

Mobile telephone services have been restored although there are reports of problems with at least one service provider.

7:50 Good news: Confirmation has come in that the power is back on Koh Phangan as well.

Electricity service is still nowhere near normal in Samui and Phangan and it may take another half day (or more) to get it restored.

Thai PBS reported earlier today that officials were supplying power to some areas, but only two hours at a time.

"We've started to feed electricity to some areas [in Samui and Phangan] but it's not 100% yet. The PEA has never encountered this problem before and we would like to apologise to the people there," Mr Numchai said.

Lights out for Samui and Phangan 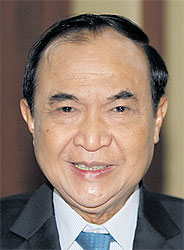 Normally, Koh Samui and Koh Phangan are great holiday destinations, packed with tourists from around the world.

The islands are not so pleasant without electricity, however, which has been the case since Tuesday morning  after a section of an underground high-voltage cable in tambon Taling Ngam of Koh Samui district ruptured.

The system failed when they tried to restart it, said Sakda Nawarat, the deputy chief of the Provincial Electricity Authority's (PEA) customer service section.

Chanchai Banditsaowaphak, assistant to the PEA governor on network operations, said technicians expected to finish the repairs to the broken section by 6am today. (Breaking news: Reports from Koh Samui this morning indicate that the power outage continues.)

The solution to the power outage for many tourists has been to leave the island. Some reports say only about 1,000 remain on Koh Samui, far below the 20,000 you would expect at this time of year.

Meanwhile hotels and residents on the pair of islands struggled for light, using their own generators or candles.

But many people were hoarding supplies and several hotels were running out of fuel for their generators.

"Many hotels have also begun to stock oil [to fuel generators], for fear that petrol stations will run out of it," said Sunthon Phuphaibun, manager of Coral Cove hotel, which is in the dark after the hotel's generator failed yesterday when it overheated.

Interior Minister Charupong Ruangsuwan yesterday instructed state agencies to dispatch mobile generators to the affected areas, as tourists faced many problems after being without electricity since Tuesday.

Adapted from a story on bangkokpost.com

normally – usually; in normal circumstances โดยปกติ, ตามปกติ
destination – the place where someone or something is going  จุดหมายปลายทาง
packed – crowded; full of people or things แน่น
section – any of the parts into which something is divided ส่วน
rupture – to be broken or burst apart  แตก, ฉีกขาด, แตกออก,
inspector – an official whose job is to check that things are in the correct condition or that people are doing what they should ผู้ตรวจสอบ
generate – to produce ผลิต
temporarily – for a limited period of time ชั่วคราว
maintenance – work that is done to keep something such as a building, machine, or piece of equipment repaired and in good condition การซ่อมบำรุง
deputy – a person whose rank is immediately below that of the leader of an organisation รอง
network – a large system of connected parts, organisations, people, etc. เครือข่าย
operation –a business activity; an activity which is planned to achieve something การดำเนินการทางธุรกิจ, การดำเนินการ
repairs – fixing something that is broken or damaged การซ่อมบำรุง
indicate – to show that something is true, exists or will happen แสดง, ทำให้รู้
solution – a way of solving a problem or dealing with a difficult situation  วิธีแก้ปัญหา
residents – people who live in a particular area ประชาชนที่อาศัยในท้องที่
struggle – to try hard to do something that you find very difficult พยายาม
generator – a machine that produces electricity  เครื่องกำเนิดไฟฟ้า
hoard – to collect a large amount of something เก็บสะสม
stock – to collect large amounts of things that may be needed เก็บสะสมไว้ใน
instruct – to tell somebody to do something, especially in a formal or official way สั่ง
state – government รัฐบาล
dispatch – to send someone or something somewhere ส่งออกไป
mobile – able to move or be moved around ซึ่งเคลื่อนที่ได้ง่าย