Japan may be getting bigger as an underwater volcano creates a small new island. Meanwhile, the Pine Island Glacier is definitely smaller after a huge chunk broke off. 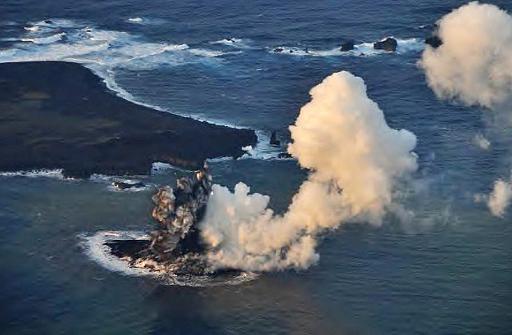 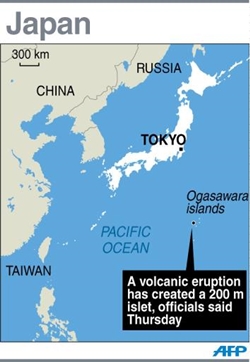 Japan may be getting bigger as a dramatic underwater volcanic eruption is creating – at least temporarily – a new islet.

The navy spotted smoke about 1,000 kilometres south of Tokyo on Wednesday and Japan's coastguard later verified the birth of the islet around the Ogasawara island chain.

Video footage showed plumes of smoke and ash billowing from the 200-metre island, and Japan's coastguard said it was warning vessels to use caution in the area until the eruption cools off.

"Smoke is still rising from the volcanic island, and we issued a navigation warning to say that this island has emerged with ash falling in the area," said a spokesman for the maritime agency.

He added that the islet may not last long due to erosion, but if enough volcanic lava surfaces and solidifies it could mark a new entry on the map.

Similar eruptions in the early 1970s and mid-80s created tiny islets in Japan's territory that have since been partially or completely eaten up by the ocean. 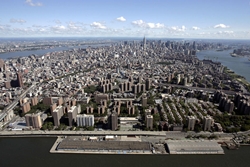 Meanwhile, far away in Antarctica, an iceberg the size of New York City's Manhattan island has broken off the Pine Island Glacier.

Scientists have been watching the area for more than two years since a crack first appeared. The separation finally occurred last July.

“An iceberg that size could survive for a year or longer and it could drift a long way north in that time and end up in the vicinity of world shipping lanes in the Southern Ocean,” said Dr Robert Marsh, from the University of Southampton.