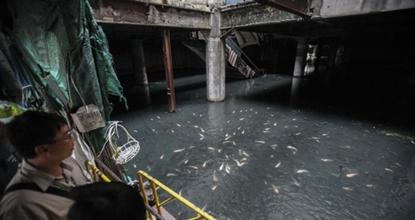 Bang Lamphu's hidden fish pond was known only to a few residents until photos shared through the social media made it a tourist attraction, causing city officials to shut it down 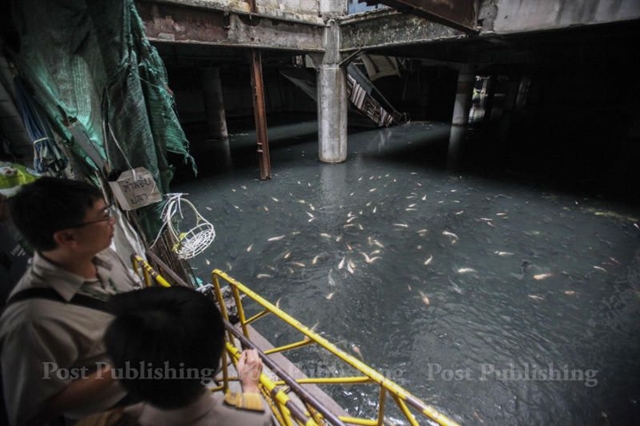 The Bangkok Metropolitan Administration (BMA) will inspect the New World Mall, an abandoned shopping centre near Khao San Road, to check on for safety issues. Tourists have been visiting the building to feed the exotic fish in the basement pool. (Photos by Pattarapong Chatpattarasill)

For many years a large indoor fish pond in Bangkok was a secret known only to a few residents in Bang Lamphu.

It is located in what used to be New World department store. The store was built in the 1980s and was very noticeable in the area because, with 11 storeys, it was much higher than the surrounding buildings.

In fact, it was too high. The owners only had permission to build a four-storey building because the Grand Palace is in the area. In 1994 the Supreme Court ordered the demolition of the illegal seven-storey extension.

That took 10 years and one partial building collapse. In the end, only a four-storey structure remained, with no roof or covering. Over the years, rain turned the waterlogged ground floor into a 500-square-metre pond.

With the indoor pond came mosquitoes, a constant irritant to the residents of the area.

To fight that dangerous and annoying development, they bought fish of assorted species to eat the mosquitoes and larvae.

"The fish only came in around 2003-2004 after people around here were affected by the mosquito problems," said Sommai Chuanpak, who owns a coffee stand in front of the mall.

"We even bought carp and raised them. At first there were not many, but the number grew after several years. Now all the carp and other big fish have been stolen."

Apart from the residents, few people knew about the fish pond until recently when photos were shared on Facebook. That has brought in large numbers of curious visitors, alarming city officials who say the building is unsafe. 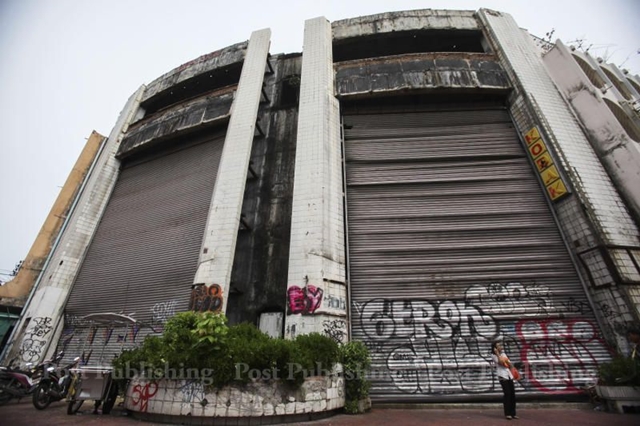 The old department store has no been declared off limits by BMA officials.

On Monday, the BMA's Pramern Kraisorn, assistant to the director of the city's Phra Nakhon district office, formally declared the derelict building, including its ground floor attraction, to be off limits. He ordered barricades to be put up to keep the public out, "for safety reasons, with immediate effect".

A committee will work with the BMA's Public Works Department to inspect the building and report its findings in a month, he said.

If found unsafe, the building will be demolished and the fish removed from the inundated floor, ending the rather strange tale of the New World Fish Pond.

Adapted from a story in today's Bangkok Post by Supoj Wancharoen

Click "play" to listen to Bangkok's hidden fish pond and "Download" to keep this file for educational purpose.