A man whose wallet was stolen last month has received two letters from the suspected robber who wrote: "I'm sorry." The thief didn't send back the 2,000 baht in the wallet, however. 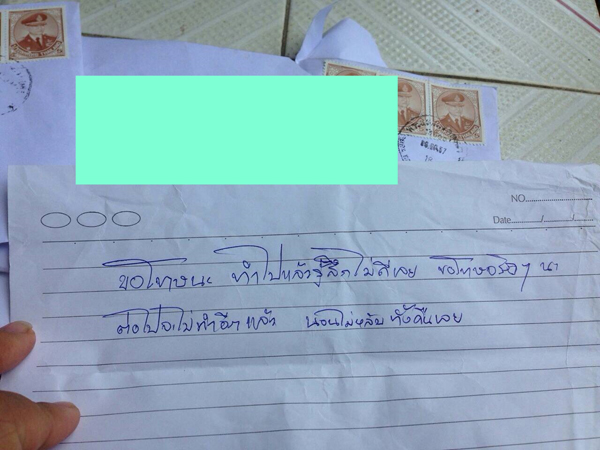 A man whose wallet was stolen last month has received two letters from the suspected robber who wrote: "I'm sorry."

The story and photos of the letters were posted on Pantip.com, a popular internet forum, by a user identified only as 9Bigs.

The poster wrote that his wallet was stolen at a Bangkok shopping mall.

Last week, a mysterious letter was sent to his home saying "I'm sorry. I feel bad for my actions. I'm truly sorry and I won't do it again. I can't sleep at night." 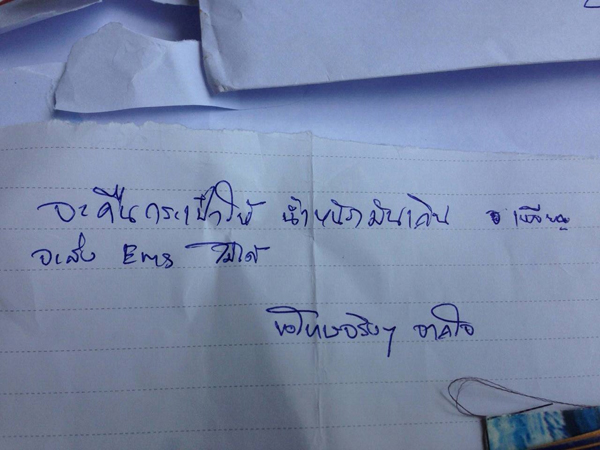 9bigs wrote that he later received another letter along with several identification cards, membership cards and an amulet that were inside his wallet. The letter says "I want to return your wallet but it's too heavy and EMS won't send it. So sorry from the bottom of my heart."

The poster wrote that he did not receive the 2,000 baht cash inside his wallet but he still would like to forgive the robber and ask him not to steal again.

Thai netizens mostly praised the person who stole the man's wallet for feeling guilty and trying to right his wrongs.

One Pantip user said the man appeared not to be a robber by trade. Another netizen said the robber had nice handwriting.