Silom Road has become the ninth area of Bangkok to be vendor-free during the day, the work of about 440 police officers yesterday. 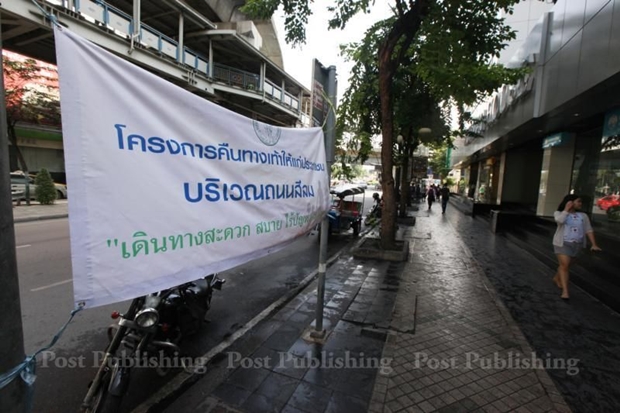 A BMA banner announces that the Silom area is being returned to pedestrians who will now be able to walk unimpeded by vendors. Photos by Thiti Wannamontha

About 440 police officers took to the footpaths of Silom Road on Saturday to enforce a new ban on daytime vending.

Starting yesterday, small vendors are able to sell their wares only from 7pm to 2am daily. They must take down their stalls during daylight hours. 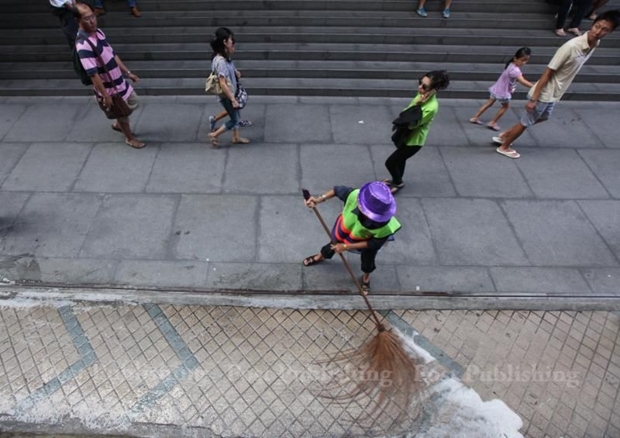 A city worker cleans up an area of Silom road which would normally be filled with vendors.

Bangkok Metropolitan Administration (BMA) officials said they had found new spots for 244 of the 286 targeted stalls along the road, while vendors at another 60 stalls had agreed to sell only at night.

The footpaths of Silom Road, a major business and commercial artery, for years have been almost impossible for pedestrians to navigate because of the presence of so many vendors.

Authorities said police would strictly enforce the law against any vendors who violate the new agreement and attempt to set up stalls on the footpaths. 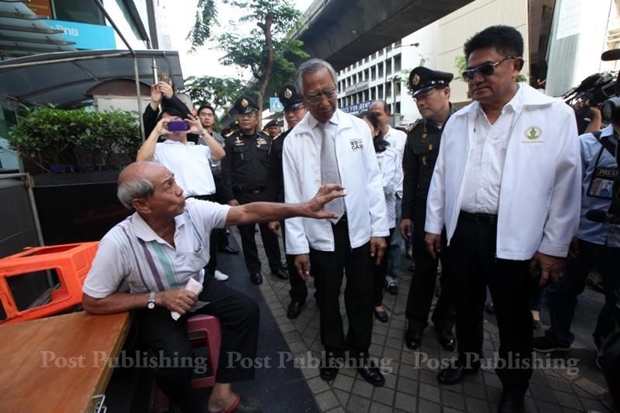 Pol Maj Gen Vichai Sangprapai, right, listens to a complaint from a vendor, but the cleanup continued as scheduled.

In the future, after everything is in order, Silom will be turned into a walking street, along with other spots in Bangkok, said Pol Maj Gen Vichai Sangprapai, an adviser to the Bangkok governor.

To date, BMA officials say they have restored order in nine of the 13 designated areas in the capital.