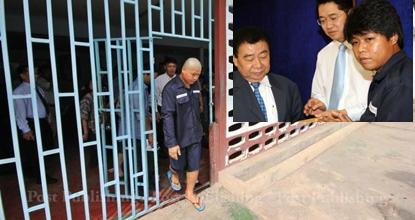 Thanks to an unknown donor, garbage collector Surat Maneenopparatsuda spent only one day in jail for failure to pay a 133,400 baht fine for selling 96 CDs for 20 baht apiece several years ago. 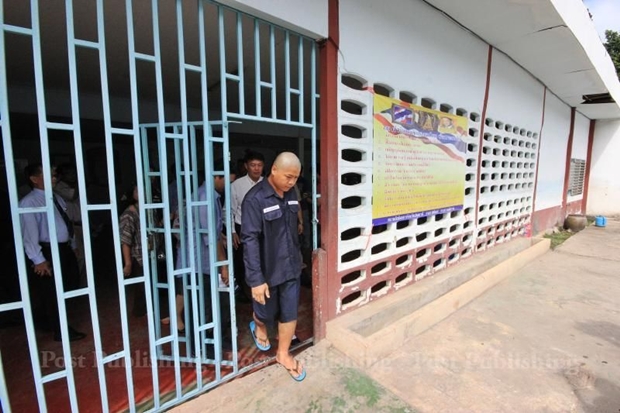 He was a garbage collector and did not earn a lot of money. To earn a bit more to support his family, he sold some of what he found in the rubbish he collected, including 96 CDs which he sold for 20 baht apiece.

He had no idea that this was illegal.

The problem is that movie and music CD's are actually copyrighted products, so they can only be sold under an agreement with the copyright owners.

Surat was caught, taken to Criminal Court and fined 133,400 baht. 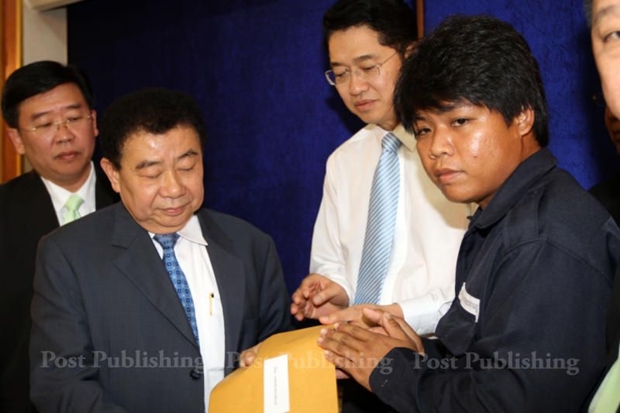 Mr Surat received help from the Lawyers Council in 2010, but he was still jailed Thursday for failure to pay his fine. APICHIT JINAKUL

Many people thought this was unfair, including the Lawyers Council of Thailand who helped in his court case. He was able to stay free on bail, but he was still required to pay the fine.

He couldn't and on Thursday he was finally put in jail. 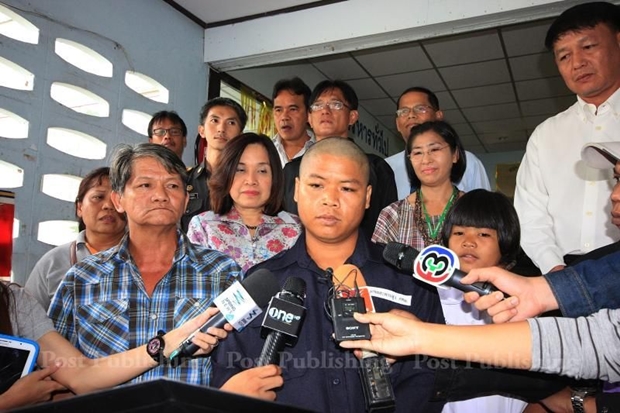 A grateful debt-free man talks to the press after his release. PONGPAT WONGYALA

He didn't stay there long. An anonymous donor contacted a lawyer and gave him 133,400 baht to take to pay the fine.

Yesterday morning, a very grateful Surat was released from prison – a debt-free man.

Click "play" to listen to Donor frees garbage collector and "Download" to keep this file for educational purpose.

copyright : the legal right to control the production and selling of a book, play, film, photograph or piece of music - ลิขสิทธิ์

Criminal Court : a court which hears criminal cases, i.e., cases where people are accused of breaking a law and where punishment involves going to jail. - ศาลอาญา

detention centre : a place where people who have committed offences are kept in detention - สถานกักกัน

donor (noun): a person who gives money or goods to an organisation, especially one that helps people - ผู้บริจาค

fine : to be required to pay an amount of money because you have broken the law - ปรับเป็นเงิน

garbage : waste food, paper, etc. that you throw away - ขยะ

grateful : a feeling that you want thank someone because they have given you something or done something for you - สำนึกบุญคุณ

illegal : against the law - อย่างผิดกฎหมาย

rubbish : waste material or things that are no longer wanted or needed - ขยะ