Hunger Games too political for Lido and Scala (Updated

The management of the Lido and Scala theatres decided not to show The Hunger Games: Mockingjay, Part 1 film for fear of political implications. However, Thailand's major cinema chains went ahead will plans to show the movie, starting yesterday. (Latest) Several people were detained outside movie theatres and later released. 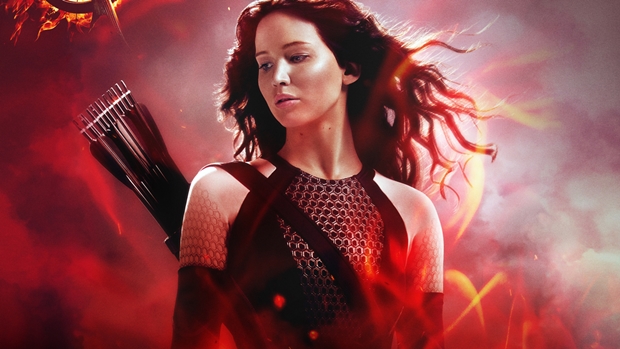 The Hunger Games: Mockingjay – Part 1 premiered in Thailand on Thursday, but not in the Lido and Scala theatres.

There are reports of a third person being detained, this time outside a theatre in Siam Paragon. The person, a Bangkok University student this time, was detained for making the three-fingered Hunger Games salute, but later released. 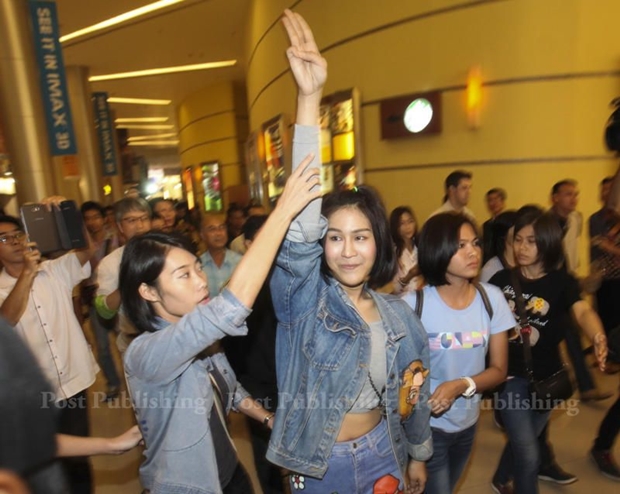 (Friday morning) Ratchacha Kong-udom, a Bangkok University student, flashes the three-finger anti-coup salute Thursday, while attending an event organised by the League of Liberal Thammasat for Democracy (LLTD) at a cinema at Siam Paragon. The LLTD handed out free tickets for ‘The Hunger Games: Mockingjay Part 1,’. Ms Ratchacha was taken to Pathumwan police station and then to the Army Club on Vibhavadi Rangsit Road. The student was later released without charge. PATTARAPONG CHATPATTARASILL

Police are watching the area around the Scala theatre for any attempts at holding Hunger Games demonstrations. Two activists have reportedly been detained so far and taken to Pathumwan Police station. Leaders of The League of Liberal Thammasat for Democracy say they still plan to come to theatre despite the cancelling of the premiere there.

The management of the Lido and Scala theatres has decided not to show The Hunger Games: Mockingjay, Part 1 film for fear of political implications.

The management of Apex group, which operates the theatres, told the Bangkok Post yesterday that earlier someone had called to purchase 200 tickets for the film's premiere at noon today at Scala, requesting they be sent by mail. Later, the management saw the tickets being distributed for free via a Facebook page.

The League of Liberal Thammasat for Democracy on Sunday posted on Facebook it would give out 160 tickets for the premiere at Scala, calling it the "Raise Three Fingers, Bring Popcorn and Go to Theatre" campaign.

It also asked fans to comment on "How does the Capitol resemble Bangkok?" — a reference to the dystopian setting of the film — in exchange for free tickets.

Apex said the decision had nothing to do with protests in Khon Kaen yesterday. "Our theatres are being used for political activism," they said.

Meanwhile, however, the major cinema chains in Thailand are going ahead with plans to show the movie beginning today.