The Sierra Leonean man who failed to report to health officials for monitoring for possible Ebola has been found healthy and without fever and he will leave Thailand today, a senior health official said on Tuesday. 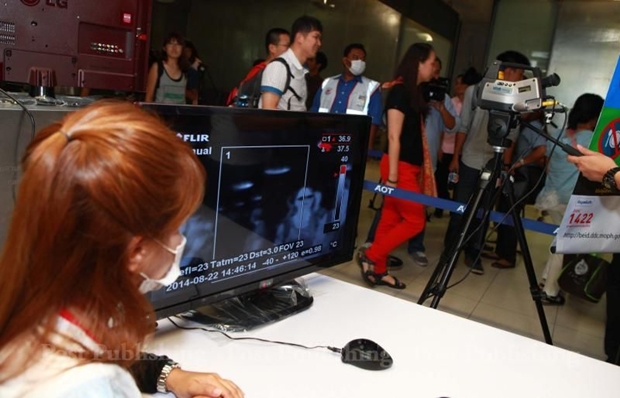 The Sierra Leonean man who failed to report to health officials for monitoring for possible Ebola as required has been found and will leave Thailand today, a senior health official said on Tuesday.

Rungrueng Kijpati, director of the Bureau of General Communicable Disease, said a checkup showed Samuel Sesay had no fever and was healthy, according to a Matichon Online report.

The Royal Thai Police and Immigration Bureau ordered an urgent search on Monday for the 31-year-old man who came to Thailand on Nov 13 from Ebola-hit Sierra Leone.

"We'd like to clarify that under the disease control procedure, even though a person has come from a plague-hit country, we can't just quarantine him at a hospital. We can only do so if he shows symptoms, especially fever, or has a record of coming into contact with the disease or a person who had died of the virus," the doctor said.

"The most we can do is monitor him and ask him to report to officials for 21 days as allowed by law," Dr Rungrueng said.