Charyl Yannis Chappuis, the popular Swiss-Thai midfielder on the Thai national team and Suphanburi FC in the Thai Premier league has given an interview for his home club – in English. Here it is. 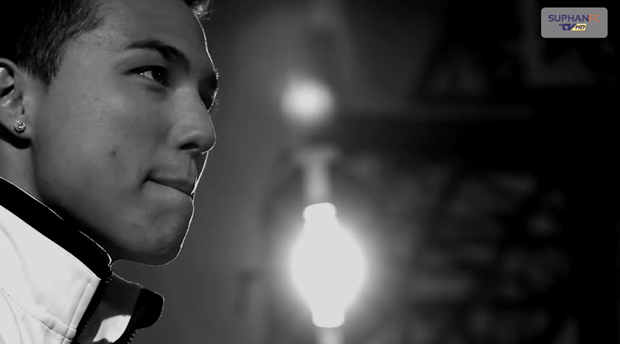 Charyl Yannis Chappuis, the popular Swiss-Thai midfielder on the Thai national team and Suphanburi FC in the Thai Premier league has given an interview for his home club. Since he has lived most of his life in Switzerland, he is apparently still not  completely comfortable with the Thai language, so he gave the interview in English.

Chappius is not a native speaker of English either, so I've given him a bit of help, making a few changes here and there.


After the Suzuki Cup tournament, there was a wonderful reception from the fans. How did you feel?

Yeah, I feel good. I feel very good. I'm proud to be a part of this team. I think we did really well. In the end, it was a team, not one player, so I hope both of the fan clubs see this and they support me and they support everybody, but still really good. 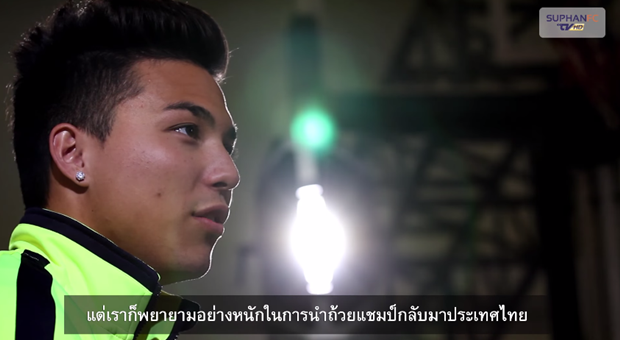 What was the parade on the team bus with the championship trophy like?

Oh, it was unbelievable. It was an amazing feeling and it showed us that we did well and that we are going the right way...and yeah, because it was a really hard tournament. It was  a long tournament and we really fought to bring the trophy back to Thailand.  To get this ceremony and the fan club waiting for us was an amazing feeling.

Was it the same as when won the (under-17) World Youth championship when you were 17?

No, no, it's a little bit different because what I said already, it was it was under 17 and I was with the first team and I think football in Switzerland is not the same as football here in Thailand. I mean everyone in Thailand looked up to us and in Switzerland it's like OK they win, congratulations, but after this it was finished, you know. And here, still now, one month later, they are talking about this, about us and we are staying more in focus here than in Switzerland, so it's a big difference. It was a big difference. 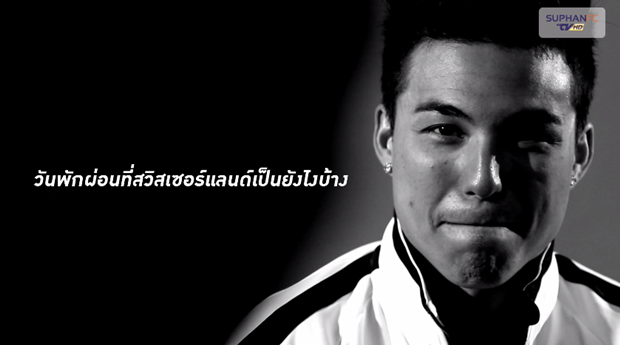 How was your rest in Switzerland?

Yeah, first I arrived for Christmas and the New Year I was in Switzerland and enjoying my time with family, friends. And then after New Year I went for a few days holiday with my girlfriend. It was a long time ago that we had our last holiday. So it was cool. We were in Dubai, enjoyed a little bit. 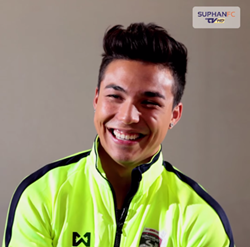 On being a favourite among Thai women: "It's good. It's good."

Do you know that after the Suzuki Cup, you got the nickname AEC Male God (เทพบุตร),  husband with a million wives?

Yeah, it's funny. I heard it now the first time, but I don't know if she also likes it so much but it's a nickname.

You are like a national resource with a million women.

What are your expectations for this season?

I think we have some new players, what you call really good signings, like I know Carmello, I know Pathum really well. I played with them in Buriram and I know they are amazing players, professional and want to win every game, so I think that what's really important for Suphanburi is to get some players like this who, they know how to win games and they help us a lot, so I think this year will be a good season. I think, like the last two years, you think always Buriram or Muang Thong will win this trophy, but now, many teams have a chance and also Suphanburi, of course.

Do you have anything to say to the fans of Suphanburi?

Yeah, I want to say also, thank you again for the last few months when I was here and they supported me amazingly. I hope now, this year, this season, they will support us  and believe in us and also stand behind us when we don't play well or when we don't win and they have to know that we give in every game one hundred percent.  Yeah, to make the fans proud or us. Thank you very much.