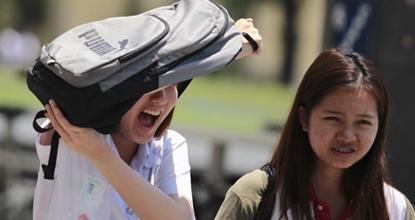 Lecturers from universities across Thailand yesterday called for the government to forget about Asean unity and bring back the old academic timetable which keeps Thai universities closed during the hot season. 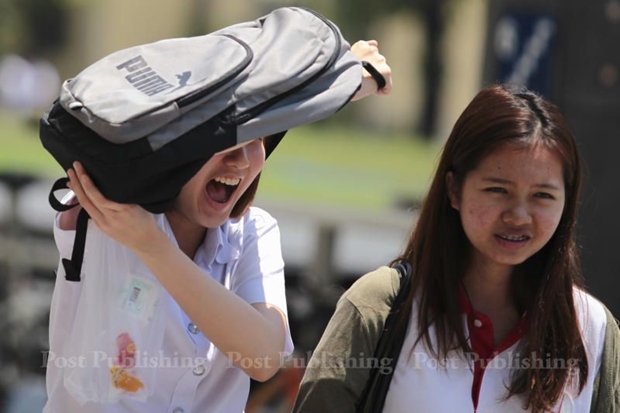 Students from Srinakharinwirot University do their best to cope with the hot sun during a recent hot spell. PATIPAT JANTHONG

Too hot to study?

The Asean Economic Community (AEC) is coming and that means countries are making adjustments so they can work more closely together.

Thailand, for example, recently changed its university semester dates to match other countries in Asean. Under the new timetable, the first semester runs from August to December and the second semester from January to May. Universities are closed from June to July.

Not everyone is in favour. Yesterday, lecturers from universities across Thailand called for university semesters to revert back to the old system.

Why? To avoid Thailand's notorious hot season. Under the old system, universities were closed during April and May, the hottest months of the year.

Speaking at yesterday annual meeting of the Assembly of Faculty Senate Chairs of Thailand (AFCT), Rattakorn Kidkarn, the group's president said "the change affects education quality in Thailand, particularly the second semester which runs during the hot season."

Mr Rattakorn said it is not suitable for students to learn in the hot season because universities have to pay more for air conditioning.

Several holidays also crop up in the second semester, including Songkran.

Lecturers attending the assembly agreed and, as a result, the AFCT will propose that the government changes the timetable so universities are closed from April to May.

Click "play" to listen to Too hot to study? and "Download" to keep this file for educational purpose.