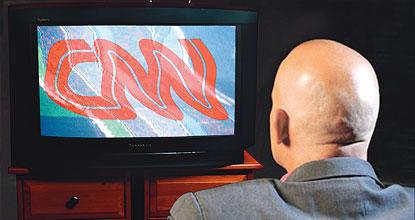 Back in 1989 I was a journalist working for a daily newspaper in Australia, and one of the very last assignments I had before embarking on my trip to Thailand was one of the toughest. Through a few contacts, and my reputation for being a fair journalist (this was a long time ago, remember), I interviewed a group of paedophiles who met once a week in an anonymous suburban house. 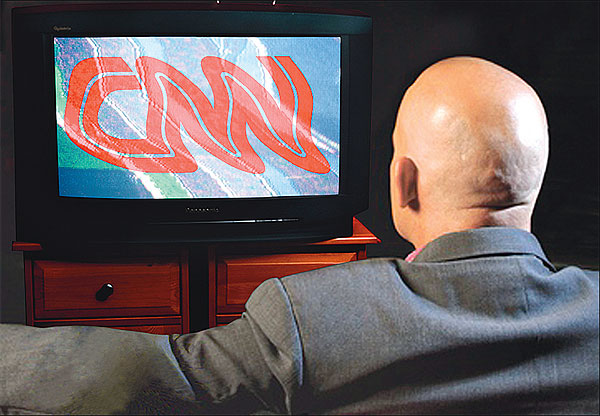 It was one of the more memorable nights of my journalistic career. Here was a group of some 10 men of varying ages, sitting in a circle talking graphically about their attempts to overcome their desire to sleep with little boys and girls. Throughout the meeting I battled personal feelings of revulsion and disgust, not to mention the initial hostility these men had towards me as a newspaper reporter.

But I did it. I got through it, then attempted to separate personal feelings from professional ones and write a feature article explaining what went on that night, as objectively as humanly possible, in my professional quest to write a fair and balanced story.

This story does not end with: "And the result was a wonderful article which everybody loved." I don't know if what I wrote was any good; that wasn't the point of telling you.

I'm a former newspaper reporter schooled primarily on the job by older, hardened types who smoked way too many cigarettes and drank way too much beer for lunch. They were damned good journos who could ferret out the facts and then slam them down in a bare-boned news story fit for page one the next day.

It may seem a little incredulous to think I used to do that, what with the flowery adjective-laden tomes that weigh this page down each Sunday. I don't think I ever reached the calibre of those hardened journos, but I did learn a lot from them.

Journos of the '80s and of the decades earlier were a flawed lot; rough around the edges using bad language, dressing badly and hardly the types you'd bring home to your parents unless your family business was a brewery. But they did share a desire to ferret out the facts and get a story out. It was in their blood, and that attracted me to the profession.

Being a dysfunctional bunch of guys and gals meant that sometimes the truth was stretched in the interests of getting a story. But a good journalist at least - at least - strived for some semblance of objectivity, even in those difficult situations where objectivity is elusive. I don't have a problem with falling short, as long as the attempt was there.

This week I am remembering those days from my frustrating chair here in Los Angeles, as I sit watching CNN in complete disbelief that it has allowed itself to ultimately become the world's biggest mouthpiece for the red shirts. There, I said it. That's how frustrated I feel.

Being in America I don't have much choice for news on Thailand. BBC News is unavailable on regular cable, and the Fox News Channel is really only for people the doctor accidentally dropped head-first onto the marble hospital floor at birth. As of yesterday I turned off CNN and vowed - for the sixth time - never to watch the channel again.

I'm normally a fairly realistic person when it comes to news dissemination in the 21st century. We are in a different world from the '80s. These days we don't recheck facts; in most cases we don't even have facts, what with the blogs and Perez Hiltons of this world. Throw into the mix the fact that newspapers are dying all over the world and still I don't get too despondent - in public anyway.

But CNN has really upset me over the last two weeks and it's not only an isolated news report. I have watched helplessly as Dan-somebody and the aptly-named Sara Snide - or is it Snider? - reporting breathlessly from the red shirt camp. Their new friends are freedom fighters battling the evil Thai government in the name of democracy. Bangkok is burning! Will good old-fashioned country folk triumph over the evil military? Will democracy survive? Back to you, Rosemary!

For those of us who actually live in the country, as opposed to the drop-ins paying their dues before anchor positions in Atlanta, we know how flawed and dangerous that stance is. And how lazy.

I don't damn Dan and Sara for being deluded or even misguided by their contacts - that's happened to all of us. I don't like them for being lazy. They took the easy road, which is to wander down into the red shirt camp and report a stance, rather than a set of facts. There is a difference. Dan and the Snide woman have been so slanted in their reporting that all they have forgotten is to tie a red scarf around their heads.

I am having to answer questions and comments on a daily basis from Americans whose only knowledge of what's happening in Thailand comes from CNN. Why is the "unelected" evil Thai government murdering its own people when "all they want is democracy"? Even my mother is distraught. "It's terrible what's going on there," she said. "All those red shirts want is democracy, and they're being killed for it."

And so these under-educated, over-drunk guys from upcountry clutching grenades and guns are now heroes, thanks to Thaksin's money and CNN's worldwide reach. The worst thing is, when Americans (and my mother) start asking these questions, I find myself sounding like a government spokesperson. I don't want to defend Abhisit; I'm not a government supporter. I'm a supporter of the democratic system, and to label these red guys democracy fighters is like labelling me the most handsome expat living in Thailand today.

I think the problem with the Thailand situation is that it's vastly too complicated for a CNN reporter to understand. They are used to swooping in, getting briefed, assembling 10-second sound bites, and reporting it to the world in 60 seconds - before swooping out.

How does one swoop down and try to understand a 10-year-ongoing political upheaval and expect to report it in 60 seconds? It's impossible, so Dan and Sara are doing what we've all done shamefully at some time in our journalistic careers - making it up as we go along and believing we are an expert on the topic. All the while, we ignore the other side of the story.

What the red shirts are doing to my beloved Thailand is tragic. They are not fighting for the democratic system; they are pack raping it through anarchy and dissent. But how do I explain that to a distant mother, or up-close American, without taking more than a 10-second sound bite to do it?

So you can see I'm an unhappy bunny this week. Thank God for YouTube, the only media at present where I can get the facts - just the facts - from the images I see, without wide-eyed photo-shopped reporters telling me, rather than showing me, what's going on.

Reporters should state the facts, as odious as they may be to the viewers or themselves, without getting caught up in their own thoughts and feelings. That's the reason for my telling you the paedophile story at the beginning of this column. I can't imagine how modern-day reporters would have covered those paedophiles back then.

"Paedophiles really have a bad name," one would have said, standing outside some jail, holding a microphone in front of her surgically-enhanced chest. "But as you can see from my incisive report, they're just normal people like you and me - who like nothing better than spending quality time with children. Rosemary?"

43 people commented about the above