There are still about 7,000 new HIV/AIDS patients each year. And while modern treatments allow sufferers to live normal lives, many still experience discrimination, even in some hospitals.

The world has taken great strides in dealing with HIV/AIDS since the disease was first identified in the US in 1981. According to the Ministry of Public Health’s Department of Disease Control, the number of infections has declined significantly in recent years. However, there are still about 7,000 new patients each year. And while modern treatments allow sufferers to live normal lives, many still experience discrimination, even in some hospitals.

To raise awareness of the issue and try and overcome negative attitudes, the UNAIDS agency has launched the Zero Discrimination campaign. Its main aim is to create better understanding in healthcare settings. Popular singer and actor Chalatit Tantiwut (Ben) is a participant in the campaign as its goodwill ambassador to Thailand.

S Weekly talked to the star over the phone about Zero Discrimination and changing attitudes towards people living with HIV/AIDS. 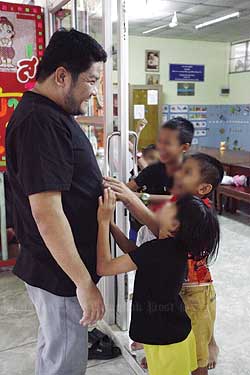 Why is the Zero Discrimination campaign important?

Ben: In the past, anti-AIDS campaigns portrayed the disease as terminal. There were very scary images of patients, which meant that people became afraid to be around them, even healthcare workers inside hospitals, Some HIV/AIDS patients were isolated from others and treated differently. I’d like people to open their minds and realise that there’s nothing to be afraid of. It’s not easy to get infected, and even if you do, you can still live a normal life. Those who have the disease shouldn’t be mistreated or discriminated against.

What misconceptions do people have about HIV/AIDS?

Ben: People should be properly educated about how the virus is transmitted. You won’t get infected by sharing food or a hug or a kiss. It’s transmitted through contact with infected blood, semen or vaginal fluids. Because a lot of people don’t know about this, they try to avoid contact with sufferers entirely. And sometimes people who may actually be infected decide not to get tested because they don’t want to be treated differently.

Have you ever known anybody who had HIV?

Ben: Yes. About 20 years ago, I discovered that two of my neighbours — a married couple — were HIV positive. The wife was infected by her husband, who then passed away. At the time, the whole neighbourhood felt very awkward around them. But my attitude has changed. The wife has been able to control the infection and now she’s alive and healthy. It made me realise that the disease isn’t as scary as I thought.

Where can people go to get tested?

Ben: Most people know about the Thai Red Cross Anonymous Clinic. But I don’t think you have to be anonymous. It’s normal to get yourself checked out. In fact, it’s the responsible thing to do, so we shouldn’t feel embarrassed about it. People can get HIV tested for free twice a year at any government hospital. If you catch the disease at an early stage and receive medication, you can control it.

Can you tell us about the shelter for HIV patients that you visited recently?

Ben: I went to Camillian Social Centre in Rayong, which is a shelter for children born to HIV infected mothers and HIV patients who have been neglected by their families. The foundation tries to find careers for the patients, so they can take an active part in society. If anybody wants to make merit, this foundation is an option that they should consider. 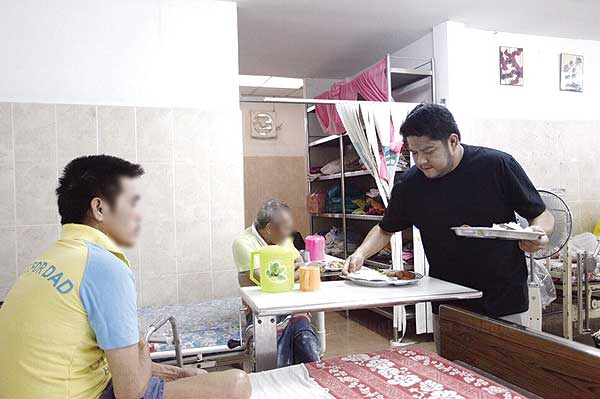 Is it true that you’re planning a concert to raise funds for HIV/AIDS patients?

Ben: Yes. I’ve been in touch with promoters and many great artists. I hope we can put it together. We plan to hold the show in July.

UNAIDS aims to wipe out the disease by 2030. Do you think that’s possible?

Ben: I don’t know. We aim for the best results. I think what’s most important for now is that people understand that the disease is no longer fatal. With medication, people can live normal lives.