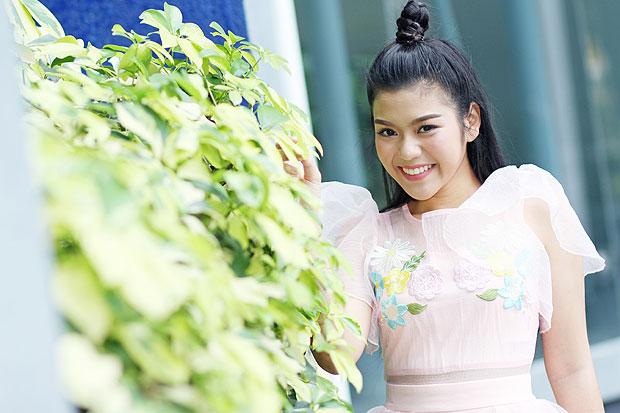 Tanya talks about the road to luk thung success.

For some people, their path in life is clear from a very young age. Daraphak Thawinan (Tanya) grew up with a famous mor lam singer for a mother.

She has been performing since she was young. Tanya's mother encouraged her to develop her talent and mom and daughter even sing together onstage.Tanya released her first album when she was only 10 years old. The results were disappointing, but they didn’t give up. Over the next few years, Tanya participated in many singing contests. Finally, after winning first prize at the Luk Thung Festival, she signed a contract with R Siam music label. Since then, a string of popular hits have set her on the road to stardom.

S Weekly met up with the 20-year-old luk thung singer at the R Siam office where she told us about her path to success. 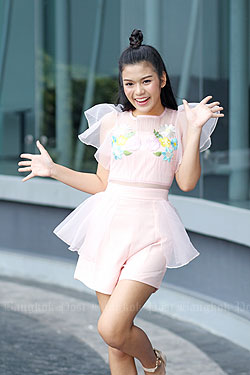 When did you realise that you wanted to be a singer?

Tanya: I’ve wanted to be a singer for as long as I can remember. I grew up with music. If I couldn’t sing, I have no idea what I’d do for a living.

How do you feel when performing onstage?

Tanya: It’s fun. And it’s better when people recognise me and are excited to see me. Some want to shake my hand and some even scream at me. It isn’t easy having people behave like this. But their support encourages me to improve.

Did you ever consider giving up singing?

Tanya: I felt down when my first album didn’t do well, but I never wanted to quit. I just took a break from singing contests for a couple of years. Actually, the Luk Thung Festival was my final contest. My mom ran out of money and had to borrow from our neighbour for transportation. Luckily, I won.

What did you learn from singing contests?

Tanya: They helped me to overcome stage fright. But I didn’t know how to interact with audiences until I released a record. At first, I’d prepare what to say and do, but later, I found that I should be natural. When I have fun, my fans have fun as well.

How do you improve your singing?

Tanya: I listen to a lot of songs and try to develop my own style. 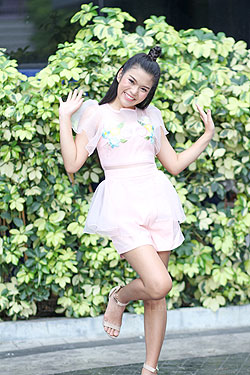 Were you nervous when you were recording your first single, “Reasons (From the Person Who Is Going to Leave)”?

Tanya: Yes, but the producer To Jarun was very kind. He helped me loosen up.

Which song was the most difficult to sing?

Tanya: “God Krang Soodthai (The Last Hug).” The song was written for Ble Patumrach and I had to sing with him. The high notes were written for a male singer and it was very difficult to hit them. But I managed to do it. I got a lot of compliments on YouTube, which I’m proud of.

Is it true that you wrote the song, “Nang Ake (Female Main Character)”?

Tanya: Yes. I’ve written many songs, but I posted this one on my YouTube account because it was an assignment for university. My friends and I had to create a music video for a song. I’m so proud of it. It gained a million views in two days.

What’s the idea behind the song?

Tanya: The song is about a girl who lets her boyfriend take her for granted. But she finally decides to leave the relationship.

Have you ever experienced any unusual incidents during a show?

Tanya: Once when I was very young, I was singing with my mom in the countryside. Two gangs came to our gig and started fighting each other. They had guns, knives and bottles. My mom took me off the stage. She covered us with a cloth and we hid under a truck. Thankfully, we didn’t get hurt.

borrow : to take money from a bank, financial organisation, person, etc. and pay it back over a period of time - ยืม

disappointing : not as good, successful, etc. as you had hoped; making you feel disappointed - น่าผิดหวัง, ผิดคาด

encourage : to cause someone to be more likely to happy - กระตุ้น

stage fright : fear of being in front of a large audience and having to speak to them all -

take for granted (idiom): to expect someone/something will always be there for you; to fail to give something its true importance; to believe something is true without first making sure that it is - ไม่เห็นคุณค่า, ทึกทัก